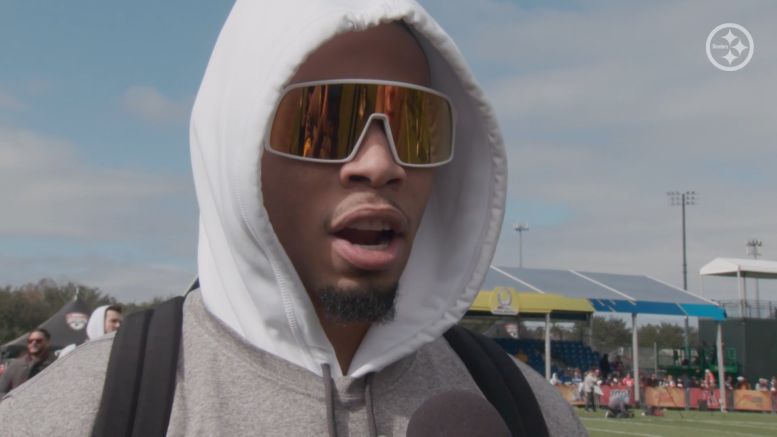 I realize that I already covered Joe Haden here recently. I wanted, however, to comment on the 30-year-old cornerback in light of his experience down at the Pro Bowl. No, I’m not here to write that his stock is up because he intercepted a pass thrown by a running back on a gadget play in an exhibition game. That’s not what this is about.

But I find it hard to believe that anybody had a better time down there than he did. Not that he hasn’t played in a couple of Pro Bowls before. Making your first Pro Bowl, as Minkah Fitzpatrick did, is huge. But making one late in your career, especially after so many were already convinced that you were done, can be an even bigger thing for the individual.

And that certainly seemed to be the case for Haden. He’s already gone on record in saying that learning that he made the Pro Bowl this time—he was selected as an alternate, not directly voted in—was emotional for him, and that if he were forced to choose, would say that this one meant more than even the first one did.

Go through the pictures and videos of him down in Orlando. Watch the interviews that he gave. He’s a pretty positive person by nature, but you could tell that he was appreciating every moment that he had down there.

I think in many ways he has felt rejuvenated because of this past season. Not just his own personal success, including five interceptions, but also the success of his defensive unit as a whole, and of the secondary in particular.

He sees what the Steelers have been able to build over the course of his three years on the team, and especially the rapid development of the past year, and he knows what they are capable of doing in 2020. And he is thrilled about being a part of it, while being recognized for his role within it along the way.