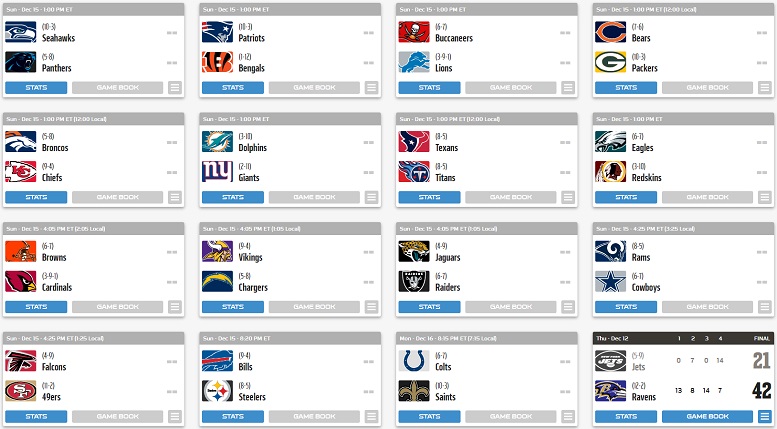 The Pittsburgh Steelers can get to four games over .500 Sunday and takeover the No. 5 seed in the AFC Sunday night should they beat the Buffalo Bills at home. In the process they could also take another step toward making their own Week 17 game against the Baltimore Ravens become meaningless. The Ravens won the AFC North division Thursday night and the Steelers enter Sunday of Week 15 still as the No. 6 seed in the AFC. The Steelers could maybe use a little bit of help this weekend and there’s a few other Week 15 games to pay close attention to on Sunday if you’re into doing more scoreboard watching.  So with that, here’s a look at a few other games Steelers fans might want to pay close attention to on Sunday.

This is a big game and the winner will exit Week 15 as the leaders of the AFC South division. These two teams have identical 8-5 records entering this contest and Steelers fans probably want to pull for the Texans in this game as they have the better conference record. That means that the Texans would takeover the No. 6 seed in the AFC this weekend should they lose to the Titans and the Steelers lose to the Bills. The Texans and Titans will play each other again in Week 17 as well.

After their win Thursday night, the Ravens can lock up the No. 1 seed in the AFC on Sunday if two other games go their way. If they lock up that No. 1 seed prior to Week 17 it would make their home game against the Steelers meaningless for them. One of those two games is the Patriots losing to the Bengals in Cincinnati. Sure, such an upset is unlikely to happen but that doesn’t mean we can’t root for it to happen just the same. The Patriots offense has been off all season so you never know.

Not only should Steelers fans pull for the Bengals to somehow knock off the Patriots on Sunday, they also should pull for the Broncos to beat or tie the Chiefs in early-game action. Once again, the outcome of this game and the one between the Patriots and Bengals only affects the Ravens and their ability to lock up the No. 1 seed in the AFC this weekend. The Ravens can still do that on their own next Sunday by beating the Cleveland Browns. If you want the Ravens to have nothing to play for against the Steelers in Week 17 you’ll need to root for them to have the No. 1 seed locked up within the next two weeks. 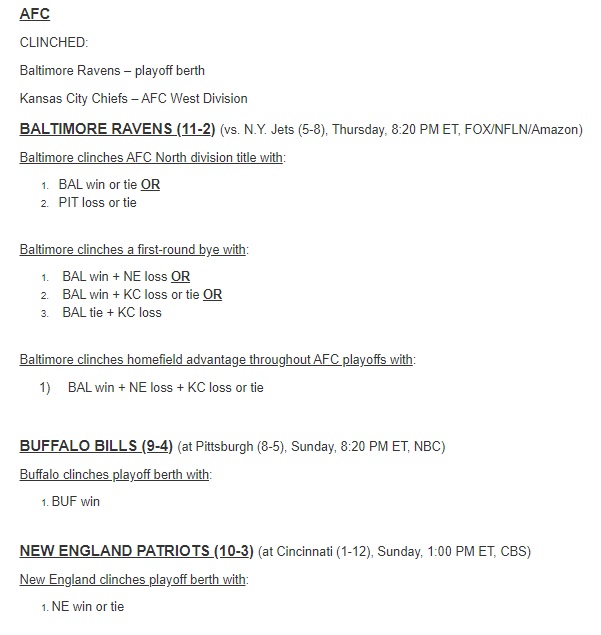