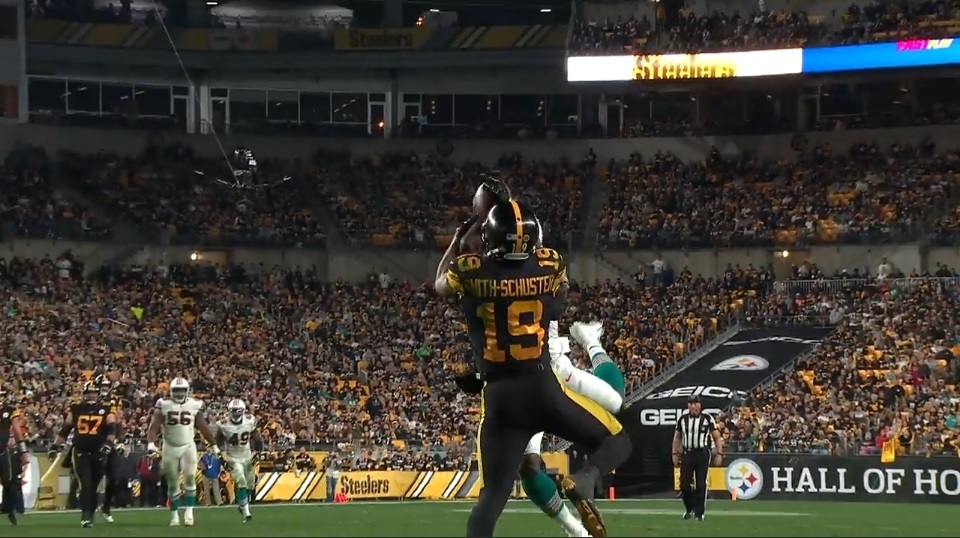 The Pittsburgh Steelers will be back in primetime Sunday night hosting the Buffalo Bills at Heinz Field and the team announced on Tuesday that the Color Rush uniforms will also be worn for that Week 15 contest.

We will wear our Color Rush uniforms on Sunday versus the Bills.

The Steelers are 5-0 in their Color Rush unis dating back to 2016 and in those five wins they outscored their opponents 167-89. They last wore the black jerseys with gold numbers and gold stripes on the sleeves with all black pants earlier this season when they played and beat the Miami Dolphins on Monday Night Football.

Prior to this season the Steelers first wore their popular Color Rush uniforms on Christmas Day in 2016 when they defeated the Baltimore Ravens, 31-27, to win the AFC North. Since then they have worn their Color Rush uniforms in wins against the Tennessee Titans in 2017, the Carolina Panthers on Thursday Night Football in 2018 and in their late 2018 season win against New England Patriots at Heinz Field

Pittsburgh is 18-11 in the regular season on Sunday nights under head coach Mike Tomlin and 9-6 at home. Should the Steelers beat the Bills Sunday night they will take over the No. 5 seed in the AFC with two weeks remaining in the 2019 regular season.