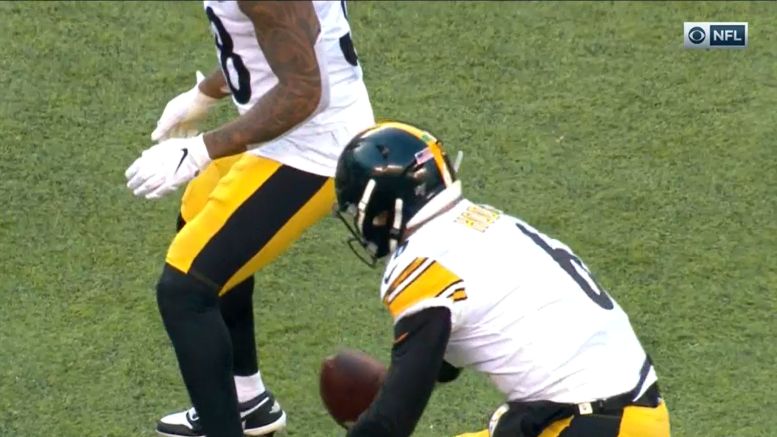 16 weeks into the 2019 season, the feelgood story may have finally come to an end for the Pittsburgh Steelers. There is still some hope remaining that the story can continue into 2020, if a couple of dominoes line up right for them next week. But yesterday’s game certainly felt like an ending. At the very least, a buzzkill.

Over the course of the past month and a half or so, the focal point of the good feelings had become Devlin Hodges, the rookie quarterback out of Samford. Undrafted, unsigned, he was invited to the team’s rookie minicamp, the second he attended, and he slowly but surely worked his way up from there.

It had all been progression from that point forward, in one form or another, at least until yesterday. Coming off an ugly performance last week in which he threw four interceptions, he had all eyes on him against the New York Jets looking for that rebound performance.

Last week, when Mike Tomlin was asked if he was going to be putting Hodges on the ‘short leash’, the way Mason Rudolph was following a four-interception game, he told reporters, “I don’t anticipate or plan for failure”.

He may not have anticipated or planned for it, but he certainly got it. And in actuality, he did plan for it, at least to some degree, because it was reported that Rudolph got more reps in practice this past week than he had been getting.

Over the course of his first three starts, including the game against the Los Angeles Chargers back in Week Six, Hodges had been giving the team just enough to keep them on the right side of the scoreboard. He wasn’t putting up a lot of points, but he was able to make timely plays and generally limit the turnovers.

He had done anything but that lately. Aside from his six interceptions in the past six quarters, he has also taken three sacks this season that have caused him to fumble, and these have come in situations that he at least partly put himself in, and could have avoided.

Tomlin may not have been interested in assigning blame, but the rest of us are. The reason the Steelers are on the brink of elimination from the postseason is because the play from the quarterback position has been exceedingly below the line. That’s not to condemn the men who have fielded the position. Hodges in particular has been asked to step up well beyond his pay grade. But nevertheless, it’s undeniable that that is why we are where we are.