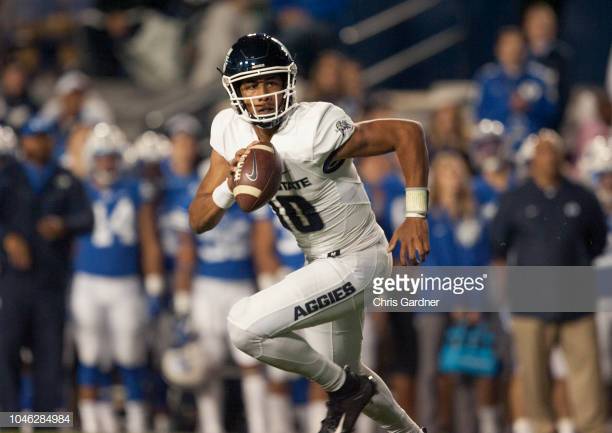 If you are a diehard football fan at your core, you should be very happy that bowl season is back. Bowl season means that not only do you get your weekly dose of football on Sundays, but you are virtually guaranteed football all week long. Bowl season is also the official kickoff to the NFL Draft as many draft eligible players will be playing in these games. Below is a best of both worlds preview as I will be previewing the matchups while also pointing out any players who may make some noise at next year’s draft.

The winner of this game will be going home with their first bowl victory in their school’s victory, which is as good a reason as any to tune into this one.

There are not many NFL draft prospects in this one but Charlotte defensive end Alex Highsmith is the biggest prospect to keep an eye on. The senior defensive end had a breakout year this season, notching 15 sacks and 21.5 tackles for a loss and has been slowly raising his draft stock. While he may be currently undersized at 242 pounds, Highsmith always finds a way to be around the ball and he credits his motor for that ability. The defensive end has been one of the few bright spots on a Charlotte defense that has allowed 32.5 points per game. Below is a very impressive bullrush by Highsmith.

The Buffalo Bulls will counter with a pair of lethal, sophomore running backs. While they are still at least a year away, Jaret Patterson and Kevin Marks have been electric for the Buffalo offense. Patterson has rushed for 1626 yards this season while Marks also cracked 1000-yards, finishing with 1008 rushing yards.

Two players to watch on the Buffalo defense are Ledarius Mack, the younger brother of NFL superstar Khalil Mack and Joey Banks. Originally an inside linebacker, Mack converted to defensive end in 2018 and this season was his best season to date as he put up six sacks and 10 tackles for a loss. It will be interesting to see how Mack’s draft stock is weighed as there are NFL genes flowing through his blood.

Banks, a senior safety, finished with three interceptions and a defensive touchdown this season.

All eyes will be on Utah State quarterback Jordan Love during Friday night’s Fiesta Bowl. The junior quarterback recently made a shocking decision to enter the 2020 NFL Draft and will be participating in the Frisco Bowl. Love threw for 3085 yards this season but his touchdown to interception ratio of 17:16 leaves a lot to be inspired. The one trait that sticks out with Love is his arm strength and there are certainly the tools available for him to become an effective quarterback at the next level, the only question is if he can put it all together and be consistent.

Take a look at Love’s arm strength on the play below.

Utah State linebacker David Woodward also recently declared for the 2020 NFL Draft. While he will not play this Friday due to injury, his work this season has been nothing short of incredible. Even with just seven games under his belt this season, Woodward leads his team in tackles with 93 total tackles. The linebacker was recently ranked the 13th linebacker on Matt Miller’s latest big board. Look for the Utah State linebacker to go in the middle rounds of next year’s draft.

Kent State will answer with a dangerous quarterback of their own in Dustin Crum. While Crum is not a prospect for this year’s draft, he is Kent State’s best chance at keeping up with Love. The junior quarterback is both Kent State’s leading passer and rusher as the offense goes through him. With 2333 passing yards and 560 rushing yards, Crum has been the heart and soul of this offense. He has also been an incredibly wise decision maker with 18 touchdowns to just two interceptions.

On the defensive side of the ball, look out for senior defensive end Theo Majette who has five sacks and seven tackles for a loss and senior cornerback Jamal Parker who has three interceptions this season. Parker also has some special teams’ ability and his speed really shines through in this area.