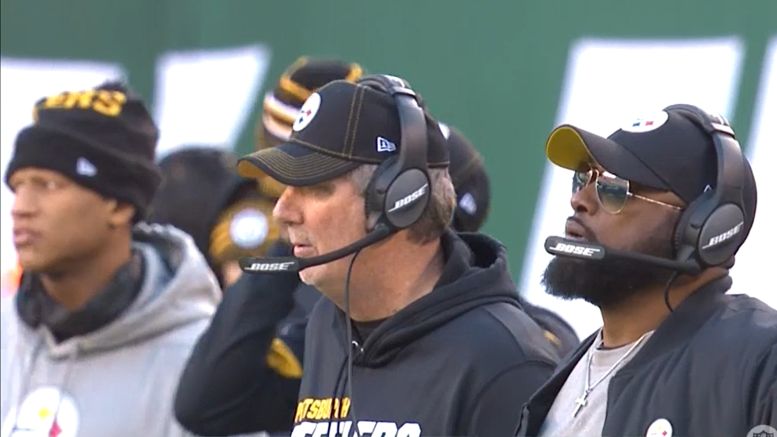 The Pittsburgh Steelers enter the final week of the season with no path through which they can guarantee themselves a playoff berth without getting results from other team to assist them in that achievement. For Mike Tomlin, that’s nothing for the team the concerns themselves over.

The Steelers were in a nearly identical situation last year, needing help to get into the postseason in Week 17. According to Tomlin, again, this is nothing for the team to concern itself over. For the latter, last season has nothing to do with this one. And for the former, it’s nothing that they can control.

The only thing that they can affect right now is their ability to defeat the Baltimore Ravens on Sunday, on the road, and that will be a Ravens team who likely will be resting at least a couple of starters, including the pending MVP, quarterback Lamar Jackson, and 1000-yard Pro Bowl back Mark Ingram, who was injured in yesterday’s game.

“You know, I don’t worry about all of those things, cumulatively, compared to other years”, Tomlin told reporters after yesterday’s game when he was reminded of last year’s circumstances, and asked if it was frustrating to be in those same shoes yet again. “This is this group, this journey, and where we are right now”.

This group was 8-5 just two weeks ago and with the opportunity to take control of the number five seed, or at the least to give themselves some breathing room in the race for the final wildcard spot. Even with the loss to the Buffalo Bills, they still had the opportunity to win their final two games and guaranteed themselves the sixth seed.

They did not, and now they have to become Houston Texans fans, because if they can beat the Ravens and the Texans beat the Tennessee Titans, the Steelers will be able to advance. But that is a lot to ask for a team who may not have anything to play for in terms of seeding next week.

Truth be told, there’s no sense in giving any energy toward it. Whatever happens in the other games on Sunday, they have no control over. Win your own game—and the Titans play at the same time, so they won’t know anything in advance—and then let the chips fall where they may. It’s the only way to approach such a scenario.

Of course, if they wrap their game up first, you can guarantee they’ll be watching the end of the Texans-Titans game, as they did last year, in Heinz Field, again needing a Baltimore loss, only this time they needed the Cleveland Browns to take them down. (They didn’t)