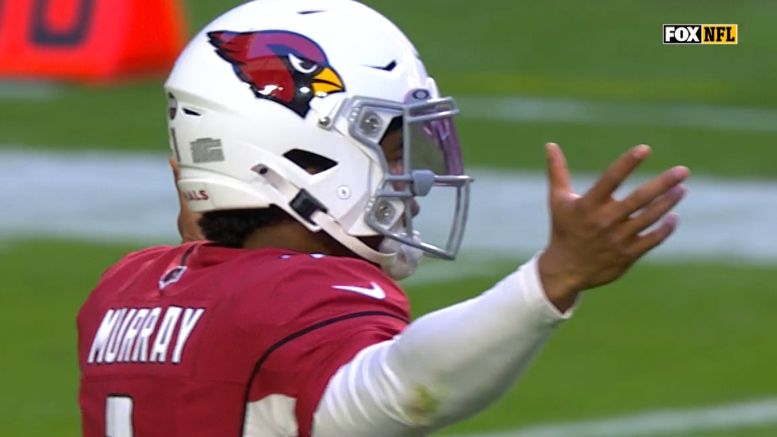 The Arizona Cardinals just had their hindquarters handed to them on Sunday by the Los Angeles Rams, falling by a margin of 34-7. While they’ve managed three wins and a tie over the first 12 games, first-overall pick Kyler Murray is not blazing new trails for rookie quarterbacks.

That’s not to say he’s having a bad season by any means. He has completed 64 percent of his passes and should eclipse 3000 yards on Sunday. He has thrown 14 touchdown passes to six interceptions, so he has done a nice job of protecting the ball. He also has rushed for 446 yards on 71 attempts with four touchdowns on the ground.

His fourth rushing touchdown of the season, though, was the only points he put up on Sunday in at home against the Rams. He only completed 19 of 34 pass attempts for 163 yards with an interception, and he was sacked six times in an overall performance that left him feeling ill.

“It’s just a disgusting feeling”, he told Josh Weinfuss of ESPN coming off of that blowout loss, as he prepares for the Pittsburgh Steelers to come to town. “I’m sure you were disgusted watching it. I was disgusted being in it. It’s not a good feeling. You just don’t want to have that anymore, so just try your hardest not to allow that to happen again”.

Meanwhile, the Steelers defense will be doing its best to make sure that it does happen again. They aren’t quite averaging six sacks per game, but it’s well within their capability to hit that number, and they are typically good for at least one interception per game.

“Losing is losing, but that last game was a different type of losing”, the rookie went on to say. “I wouldn’t say I’m proud of the way I’m handling it because, like I said, I don’t like to lose, but I understand there are going to be ups and downs”.

“It’s all a learning process”, Murray continued, “and right now, we’re kind of in that process of moving forward and moving on from the past and just going into the next week trying to get better and put up a better performance on Sunday”.

He had been playing some of the better ball of his rookie season leading up to that game. In the two contests before that, both on the road, he completed 51 of 77 pass attempts for 474 yards with five touchdowns to one interception, plus a touchdown with his legs.

The Cardinals are hoping to see more of that Murray and less of what the Rams brought out of him. T.J. Watt, Bud Dupree, Minkah Fitpatrick, and company will have something to say about that.