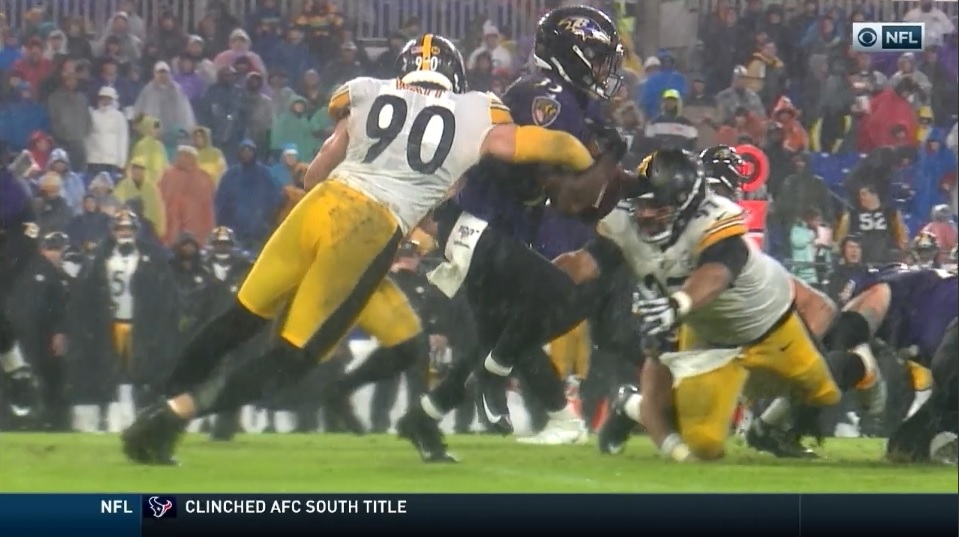 Reflecting upon their 8-8 season, history will view the Pittsburgh Steelers’ offense as the main reason why they fell short of the playoffs. After all, the offense is largely responsible for those eight losses.

But don’t forget about how good this defense has been. They’re basically the reason why this team reached even eight wins.

And I know. It’s probably hard to forget about their dominance right now. But a little time goes by, storylines shift back to a returning Ben Roethlisberger, the offense’s ceiling, I can already see the “Will the Steelers defense repeat their 2019 performance?” summer articles.

It’s obvious to say the defense was great. But with the season officially over, we’re able to take our first breath, step back, and appreciate how good it’s been. And what a year for this unit. Allowing under 19 points per game, their best mark since 2011. 54 total sacks, leading the league for the third straight year. And the grand daddy of them all, 38 takeaways. An absurd number I didn’t think was even in the realm of possibility. Not for a group who forced just 15 of them a year ago. 25 was my goal for them. They blew that number out of the water.

Of course, that’s partly thanks to the new faces who joined the cast. Steven Nelson in free agency. Devin Bush in the draft. Minkah Fitzpatrick in a mid-season trade. All key figures in the defense’s resurgence.

Because it’s been awhile since this defense has even been respectful, let alone the elite level its been. They dragged this lifeless offense to the finish line game-after-game. Pulling out victories or even in losses, keeping the score down and giving the offense repeated chances to win the game. Even if that offense failed time and time again.

It’s a unit that should return most of its 2019 pieces. Sure, one of Hargrave or Bud Dupree will be gone (probably Hargrave), Mark Barron likely released, but beyond that, they’re guaranteed to return the core players. TJ Watt. Minkah Fitzpatrick. Nelson, Joe Haden, Cam Heyward, a healthy Stephon Tuitt (!!!), the list goes on and on.

Yes, the Steelers need the offense to become something better than its current form which is somewhere between “pile of mush” and “slightly more solidified pile of mush.” They can’t win with this bad of an offense. but they’ve found out they can’t win with just a great one either. Those years with Ben, AB, and Bell? Didn’t take them very far.

All their Super Bowl trophies have been buoyed by the other side of the ball. Steel Curtain of the 70s. The 2005 group of Hampton, Farrior, and Porter. The 2008 version with Troy and Harrison and Woodley and the rest.

Their recent failures have ultimately been because of their defense, like putting up 40 points and still losing their most recent playoff game against Jacksonville.

A healthy Roethlisberger is a must next year. This offense will be better. A lot better. If only because they can’t possibly be worse. And the Steelers’ defense will be here, primed for another big season, creating every expectation for a serious playoff run.