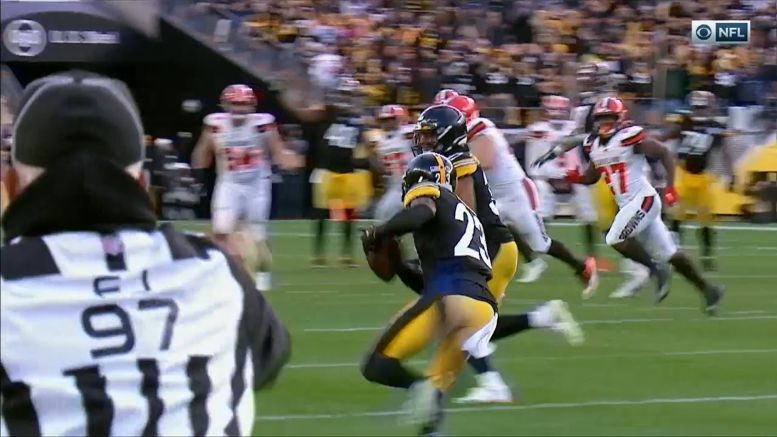 It’s not quite Jerome Bettis playing his last game of his professional career in his home down of Detroit and walking out of the stadium a Super Bowl champion, a game that ended a decades-long championship drought for the Pittsburgh Steelers. But for a mid-year regular season game, it was pretty good.

The Steelers had a very significant contest against the Cleveland Browns today, a team to whom they had just lost two weeks ago. They were 5-4 at that point, having just gotten over .500 for the first time in the season, and the loss forced them to reset, also temporarily knocking themselves out of playoff positioning.

After taking care of the Cincinnati Bengals in between, though, Pittsburgh came back and had the answer for the Browns, this time at home, notching the win 20-13, and it was Haden, fittingly, who came up with the topper.

While he came into the game with a dozen passes defensed, many of those were potential interceptions that he failed to secure. He had back-to-back opportunities for picks toward the end of the last game against the Bengals, and he knew that. So sealing the game against his former team, who cut him three years ago, was fitting.

“No, I honestly couldn’t” think of a better script to end such a significant game, he told reporters this evening. “I’m very excited about it. Anytime you can get an interception and the close the game out. Last week I dropped two of them to close the game. I was working on the JUGs and making sure if the ball came to me I was gonna be able to catch it. So it feels good”.

Last week, head coach Mike Tomlin highlighted the fact that they could have wrapped up that game against the Bengals much more smoothly had they made the most of their opportunities to intercept the ball. Not that he needed it, but Haden clearly received the message and worked on making amends.

“We was in a cover three”, he said of the late-game play that allowed the Steelers to run out the clock and secure the 20-13 win. “Jarvis Landry was running the same route and Baker kind of threw it a little high and behind him. So I just, I went down and tried to get it before it touched the ground”. 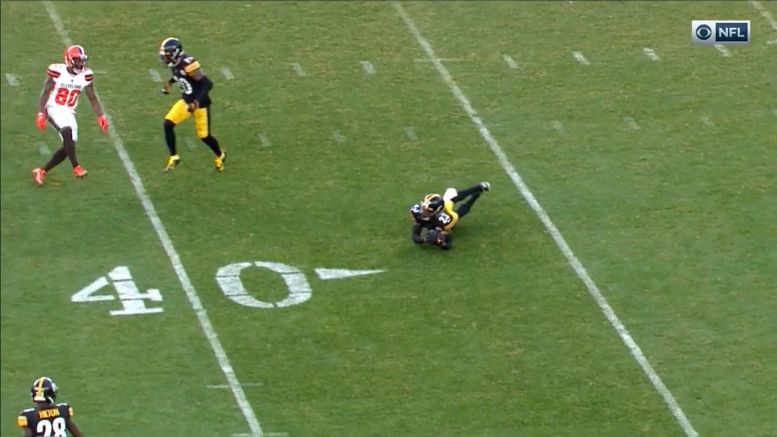 It was a fairly impressive interception in its own right, but its significance and timeliness makes it far greater than the sum of its parts. Now they are in good shape to make a push for the postseason with three games left to play, including two games against losing teams, but also two tough road games against the Buffalo Bills and the Baltimore Ravens.