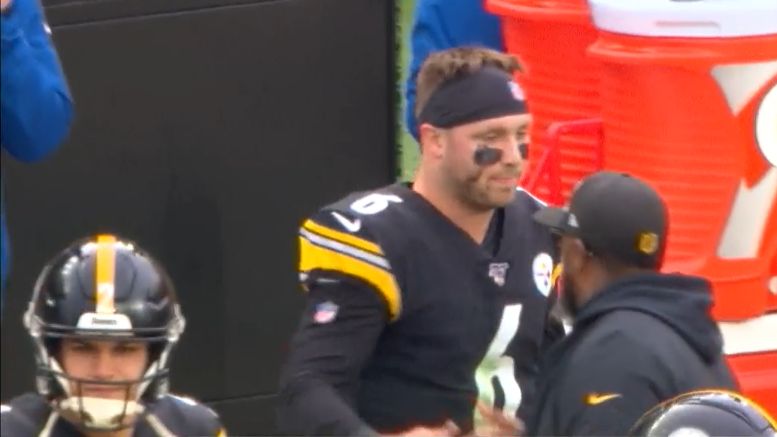 As fun as it has been to watch Devlin Hodges play at times this season, even going back to the preseason, and as encouraging as it is that he seems to have a strong personality befitting the quarterback position, perhaps my favorite quality of the young quarterback is his understanding of his mistakes.

We have highlighted a number of instances in which the Pittsburgh Steelers’ starting quarterback looked every bit the rookie undrafted free agent he is. Arguably the most egregious moment was when he threw the ball away with just under two minutes left, with a seven-point lead, on third down, giving the Cleveland Browns an extra chunk of time.

“As soon as I threw it, I said something in my mind that I probably can’t repeat, but I wish I would have slid”, Hodges told reporters about that moment yesterday. “But that just comes with experience and experience playing the game. Honestly, I wish I would have slid, but at the same time I knew not to turn the ball over and our defense was playing outstanding in the second half and I knew they were going to get the stop”.

Hodges did turn the ball over earlier in the game on what looked like at least in part a miscommunication with Diontae Johnson. The fellow rookie wide receiver certainly didn’t have any expectation on that play that the ball would be heading in his direction, and he ended up slowing down on his route before the ball was even out. Even still, Hodges’ pass was overthrown.

The primary reason that head coach Mike Tomlin made the decision to bench Mason Rudolph a game earlier was because he was showing a significant lack of ball security, having thrown five interceptions over the course of the prior game and a half.

The reasoning is simple. The offense is woefully understaffed, but the defense is capable of playing at a high level. The offense has to put up some points, but their primary priority is protecting the ball. If you can keep a tight grip on the ball and get something going on the ground, a defense like this puts you in position to win every week.

Hodges has 61 career pass attempts right now. He still has plenty to learn going forward. But I’m very much interested in seeing what he will have been able to take away from last week’s game and apply it to how he approaches his next start against the Arizona Cardinals.