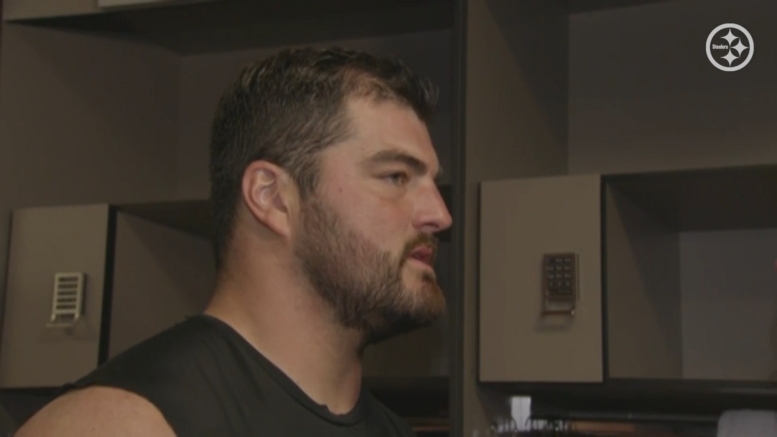 For as young as this team might be in certain areas, there are some positions laden with veteran players. That is no more true of any position than it is for the offensive line, with four starters who are now 30 years old, or just about. David DeCastro, who will turn 30 in a little over a month, is the youngest of those four, with the exception of course of Matt Feiler.

Now in his eighth season, it’s fair to say that he has seen quite a lot. He has even seen the Steelers go 8-8 in his first season and miss the postseason entirely. Then they won the division, the next season won a playoff game, then the next season made the AFC Championship game, finally the year after that, earning a bye week.

This season? He’s never experienced anything quite like this, either on or off the field. “We did a good job kind of sticking together”, he told reporters after the game. “Everything we’ve been through with this team this year, it’s been a weird year, but somehow we’re 7-5. Our defense is playing lights out, they’re bailing us out a little bit here, but we did enough today to win”.

I’m not sure there is a better way to sum up this season than to say, “somehow we’re 7-5”. I don’t know how we got here, but looking back, I’m sure glad we are where we are. Considering the Steelers were three games below .500, to get to two games above over the span of seven games is awfully impressive. They are 1-4 after losing to the Baltimore Ravens. They’ve gone 6-1 since then.

As DeCastro alluded to, quite a bit of that has been thanks to the defense, which now seems to be chock full of talent, whether it’s T.J. Watt, Minkah Fitzpatrick, Cameron Heyward, Bud Dupree, Joe Haden, Devin Bush, Javon Hargrave, or Steven Nelson.

But the offense, perhaps, is turning the corner. Devlin Hodges has given them a spark over the course of the past week and a half, with James Washington and Benny Snell as a pair of young players stepping up. They will only get better as they get some star players back, particularly JuJu Smith-Schuster, about whom hopefully we will hear some good news today.

At 7-5, the Steelers are somehow in the playoff race as well. They currently own the tiebreaker for the second wildcard spot with the 7-5 Tennessee Titans, who have three games remaining against winning teams, plus the 6-6 Oakland Raiders.

Pittsburg has some tough games ahead as well, closing against the Ravens in Baltimore. They also host the 9-3 Buffalo Bills in two weeks while playing on the road next week against Arizona and then the Jets two weeks after that.