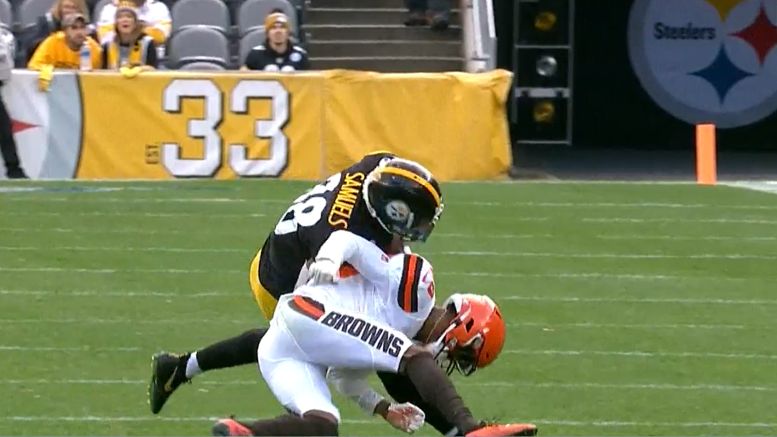 Question: Will Jaylen Samuels put together another solid game after a rough season?

Other than the fact that he had a knee injury that he had to get over in the middle of the year, Jaylen Samuels’ on-field work had been far from what he hoped to see in his second season. But he had his best game since facing the New England Patriots last year during his time on the field on Sunday against the Cleveland Browns, providing some optimism for what he can deliver over the final stretch.

Over the course of his first nine games, Samuels rushed for 121 yards on 47 attempts, averaging just 2.57 yards per carry, with one score. Though he caught 37 passes, he only amassed 212 yards from it, with one additional touchdown.

He didn’t get a ton of work against the Browns, but he was efficient when he did, rushing for 32 yards on seven attempts and catching two passes for 22 yards. He also saw the second-most snaps by percentage of the season, 57 percent, for a total of 32 snaps, his third-most on the year.

He even had a nice blitz pickup or two, which hasn’t been his game. In fact, it had been a liability, both last year and this year. Benny Snell only played 20 snaps on Sunday, but he saw 17 touches when he was on the field.

Samuels was obviously used more in passing situations, but he can contribute on the ground as well…or at least, he has in the past, and did on Sunday. Was that game an indication that he is feeling healthy and ready to perform at his best again?