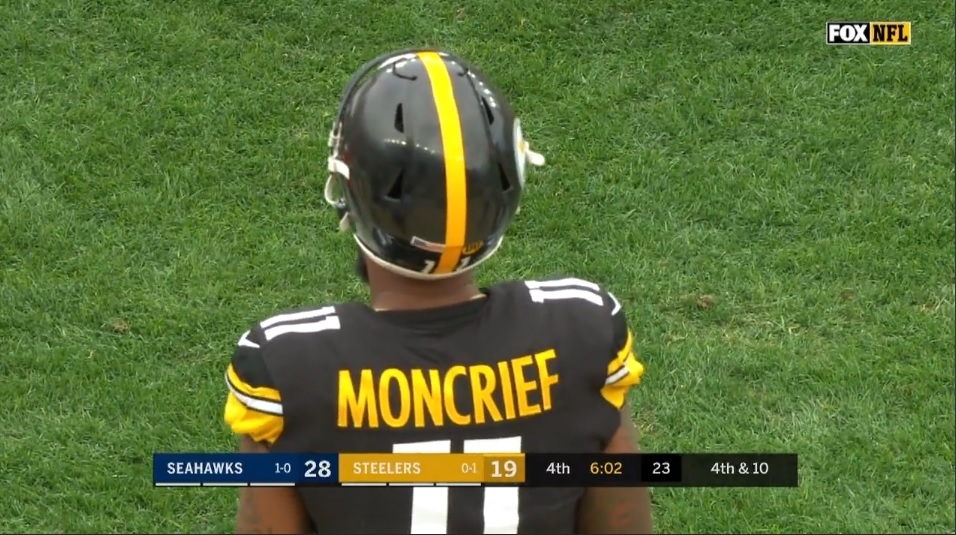 The Pittsburgh Steelers waived veteran wide receiver Donte Moncrief on Saturday and he was claimed off waivers on Monday by the Carolina Panthers.

Moncrief being claimed off waivers has a littler bit of significance as that means the Panthers are now on the hook for the rest of the $1.5 million he was scheduled to earn this season. That should result in the Steelers saving a little bit of salary cap space as Moncrief can’t file for termination pay. The Steelers should stand to save a little over $700,000 in salary cap space this season thanks to the Panthers claiming Moncrief on waivers.

The Steelers still have dead money left on the books this year and in 2020 with Moncrief’s name on it thanks to the $3.5 million signing bonus that was given back in March. That dead money charge in each year is $1.75 million. The Steelers, however, did clear $4 million in 2020 salary cap space by waiving Moncrief on Saturday.

The most important aspect of Moncrief’s Saturday waiving remains the fact that it was done prior to Week 10 and thus he’ll no longer count against the Steelers in the compensatory value formula. With Moncrief no longer counting as an offseason unrestricted free agent addition against the Steelers, the team figures to once again be in line to receive a 2020 third-round compensatory draft pick.

That 2020 third-round compensatory pick temporarily came off the board when the Philadelphia Eagles waived former Steelers inside linebacker L.J. Fort several weeks ago.

Moncrief was a huge disappointment for the Steelers as he caught just four passes for 18 yards and dropped five other passes in the five games that he dressed for. He was inactive for two games.

Hopefully Moncrief can revive his career with the Panthers in the second half of the season.