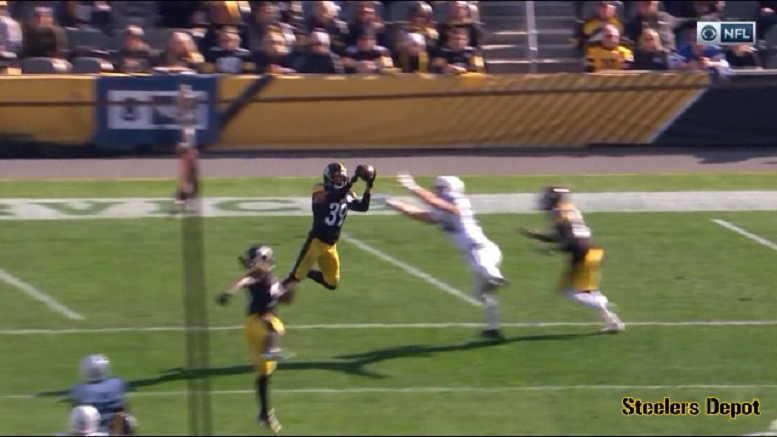 The Pittsburgh Steelers acquisition of safety Minkah Fitzpatrick via a trade with the Miami Dolphins after Week 2 will likely go down as the best deal that general manager Kevin Colbert has ever orchestrated. Fitzpatrick’s stats alone since arriving in Pittsburgh speaks volumes as the former first-round draft pick out of Alabama has already registered 34 total tackles, eight pass breakups, five interceptions, one forced fumble, a fumble recovery and two touchdowns in his first seven games played with the Steelers. That eye-popping stat line, however, can be even further enhanced when you look at other key defensive stats the Steelers defense has registered since Fitzpatrick’s arrival.

For starters, prior to Fitzpatrick’s arrival in Pittsburgh the Steelers had allowed five explosive play touchdowns in their first two games of the regular season. That was a league-high entering Week 3 of the regular season. However, since Fitzpatrick’s arrival the Steelers defense hasn’t allowed an explosive play touchdown and they’re the only team that can boast that stat from Week 3 through Week 10.

Moving forward, the NFL Media Research Department tweeted on Tuesday that since Fitzpatrick arrived in Pittsburgh the Steelers defense has allowed just four deep pass target completions and that equals the unit’s amount of deep pass target interceptions. They are basing that deep passing target stat off of throws 20 or more yards past the line of scrimmage.

Thursday night the Steelers will play the Cleveland Browns on the road and their defense will be facing an offense that includes two of the NFL’s top wide receivers in Odell Beckham Jr. and Jarvis Landry. The two wide receivers have registered a combined 21 explosive play receptions through Week 10. The Cleveland duo has also registered 18 deep pass completions in which the football has traveled 16 or more yards past the line of scrimmage. However, neither of those two sets are stats are eye-popping.

While Browns quarterback Baker Mayfield has managed to compete 45.3% of all deep pass attempts of 16 or more yards down the field through Week 10, three of those throws were intercepted.