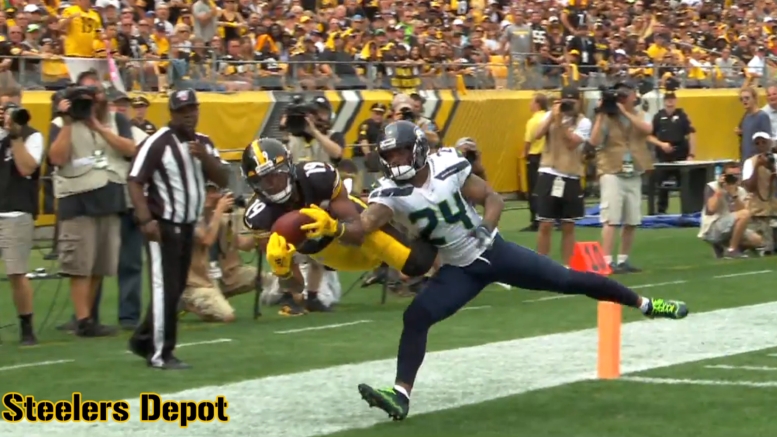 It’s hard to be a number one receiver without having supreme belief in your own abilities. In order to be great, it helps a lot to believe that you are capable of being great, that in any given situation, you have it within you to make the play that is needed to be made. You know internally that you’re not going to make every play, but you also know that you can make any play.

This may be true for the wide receiver position more than any other on the field, which contributes to the ‘diva’ narrative that, frankly, has a lot of truth to it. Jittery from the recent experiences with Antonio Brown, the more skittish among Pittsburgh Steelers fans are closely guarding themselves against the divafication of the 22-year-old JuJu Smith-Schuster, who just recorded the most 100-yard receiving games by anybody prior to the age of 23.

Coming off his first 100-yard game of the season, with a big touchdown in the second half, Smith-Schuster told reporters, “when it’s one-on-on, man-to-man, it may not seem like I’m open, but I’m always open”, via Chris Adamski of the Pittsburgh Tribune-Review.

This comment is interesting in light of what we have seen in the slow development of Mason Rudolph’s game over the course of the past month and a half. Much of his playing time has been oriented not just toward conservative throws, but conservative decision-making as well.

We saw the tide start to turn last week in the team’s win over the Miami Dolphins on Monday night, with Rudolph finding more confidence in his receivers, and in his throws, putting more balls up in the air to give them chances to make plays. Smith-Schuster helped reward that trust with a big touchdown.

“Just give me an opportunity, get the ball around me, and I’m able to make a good play”, he told Adamski, and he has enough tape behind him to make a convincing argument that he isn’t just blowing smoke. Smith-Schuster has been a dynamic player over the course of his first two and a half seasons, to be sure, but is adjusting to a new quarterback.

Rudolph and Smith-Schuster didn’t get a ton of time in together, even since they’ve been on the same team, prior to Ben Roethlisberger’s injury, so it’s been an evolving process as the two young nuclei of this offense figures one another out. But it should all work out as long as the quarterback remembers: JuJu’s always open.