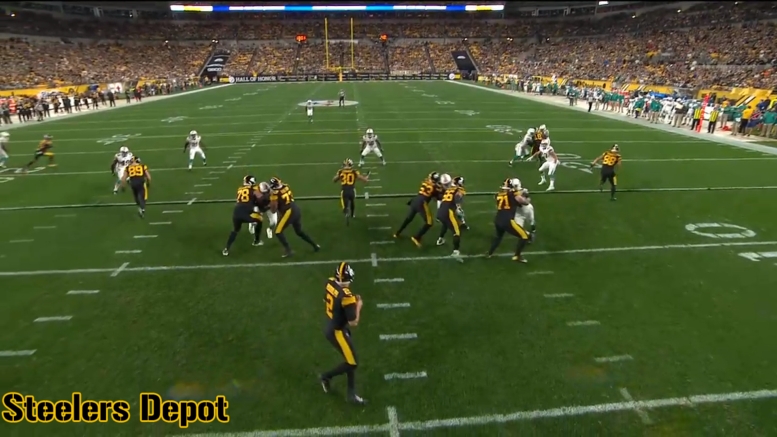 Topic Statement: The next game against the Indianapolis Colts is where the deep passing game will really begin to take off.

Explanation: For much of the season leading up to Monday’s game against the Miami Dolphins, the Steelers and particularly Mason Rudolph had seemingly throttled themselves down on offense, really working the short passing game, but the downfield targets this past week were numerous, and they looked dangerous, even when they weren’t connecting.

Considering that the deep passing game worked as well as it did for Rudolph just as he is coming back from a concussion, and making just his fifth appearance in an NFL game in any capacity, it’s hard not to be compelled to buy on this one.

The Colts, for one thing, don’t have a particularly great defense, and though they have been winning, opponents have been able to move the ball against them. The Steelers’ receivers have shown the ability to make contested catches, and Rudolph appears to be gaining trust in their ability to just that. As well as trust in himself to make the right decisions and hit the throws in windows tighter than he is used to.

Rudolph went 2-for-10 on the 20 pass attempts he threw 20 or more yards beyond the line of scrimmage, at least among those that did not result in a penalty. That accounts for the whole breadth of the game, from the beginning to the end, and not just the early ‘knocking off the rest’ phase of the game.

Just because he has grown more comfortable with pulling the trigger doesn’t mean anything is going to change significantly. He missed two plays that likely would have been touchdowns had he put less on it, while others he threw short or behind his target. Rudolph still has a lot of progress to make before the Steelers’ deep passing game should really be considered a threat.