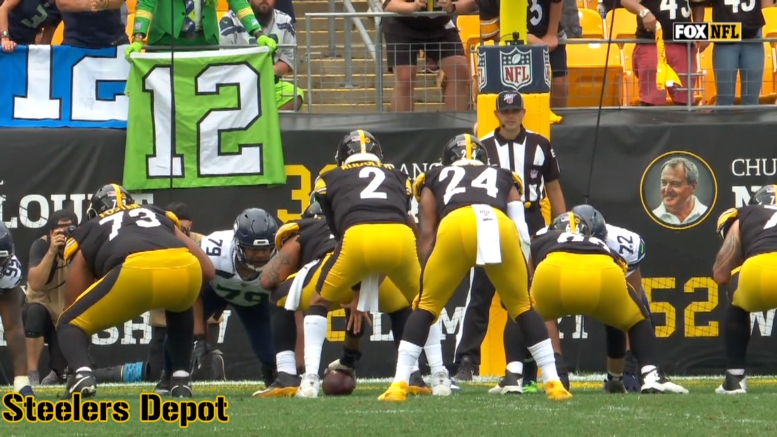 The Pittsburgh Steelers were hoping to add a major jolt to their anemic running game on Thursday when they were able to get James Conner back on the field. But that didn’t last very long, as he checked out of the game for good on the final play of the first quarter.

By then, he had logged 13 snaps, amassing just 10 yards on five carries. He caught one of two passes thrown in his direction for six yards, so he was the intended ballcarrier or target on over half of his snaps. Clearly, his shoulder wasn’t ready for the work.

Now Pittsburgh is hoping that rookie running back Benny Snell’s knee is up to getting back on the field. After suffering a knee injury similar to Jaylen Samuels’, he is on a roughly identical timeline for return, though in the latter’s case, he had returned to full practice a week earlier. For Snell, however, the Steelers had a short week for the last game, so perhaps he would have practiced during a normal week.

Getting back on the field isn’t just about being healthy enough to do so, however, when it comes to a rookie running back with just seven games of NFL experience, coming off almost a month-long layover, with a whopping 29 touches to his name.

Mike Tomlin did allow that the biggest thing he’s looking to see this week out of Snell is “health, first and foremost. He has to be able to protect himself and secondarily to protecting himself”. But he added, “he has to be able to protect the football. If he is capable of doing those things, then we will evaluate the level of detail and his overall readiness from an assignment standpoint. Those are a couple things we are looking at”.

Earlier in his pre-game-press conference yesterday, Tomlin said that he was excited about the potential of getting Snell back this week, but he hastened to add that, for “a young guy like him who’s missed a block of time, we’ll be focused on his ability to execute and execute in great detail”.

Snell’s last game was at the end of October against the Miami Dolphins, a game he wasn’t able to finish. The game before that was the best of his young career, in which he rushed for 75 yards on 17 carries and also caught one pass for 14 yards. But that’s such a long time ago for a young player like him that it doesn’t even matter.

Right now, it’s just about showing the team what he’s capable of all over again, not just from a health standpoint, but also in ”game readiness from a detail and knowledge standpoint, and that’s a reasonable process for a young guy”.

Meanwhile, the Steelers are desperate to find a running back who can make a play, because Jaylen Samuels and Trey Edmunds haven’t been making enough of them, nor have they been excelling in pass protection, which is an even bigger deal with a young quarterback at the position.