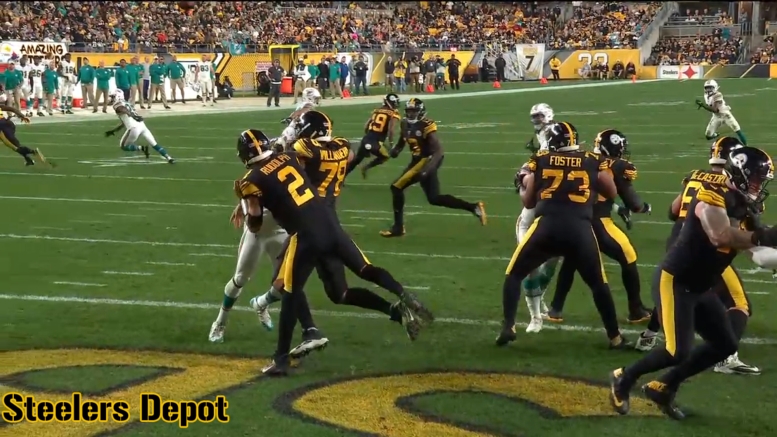 Coming off arguably the best three-fourths of a game of his career to date, Mason Rudolph is looking to build off of a performance in which he started to come into his own. Eschewing the conservative short-game approach, the second-year quarterback averaged well over 10 intended air yards per pass attempt on Monday, signaling a change in the range we will see from the passing game going forward.

I would expect to see that continue on Sunday against the Indianapolis Colts, especially with their likely being absent Pierre Desir. When the Miami Dolphins lost Xavien Howard, the Steelers very clearly targeted and attacked his replacement. This should call for the same approach.

And the think that the game started off as poorly as it did for Rudolph, throwing an ill-advised interception on his first attempt. He was not simply off-rhythm, he was out of his throwing mechanics, his footwork—something he’d taken pride in working on this offseason—his pocket presence, and his decision-making in general. It simply was not good.

His comfort level improved over the course of the game as he gradually started hitting the throws that he needed to make, which ultimately included, among others, a couple of big conversions from his own end zone, one on third and long and another on second and long.

Another important development has been the trust that he is building with his receivers, as we saw on his touchdown to JuJu Smith-Schuster. Even though he might have seen him make similar plays for Ben Roethlisberger over the course of the time he has been here, it’s a different story when he pulls down one of those combat catches from a pass you’ve thrown.

It’s fair to say that Monday’s game, even if it was the Dolphins, indicates a positive trend for Rudolph and for the offense as a whole. But sustaining that through multiple games will be the more accurate assessment, so it’s just as important that he duplicates that performance and progresses even further the next time around.