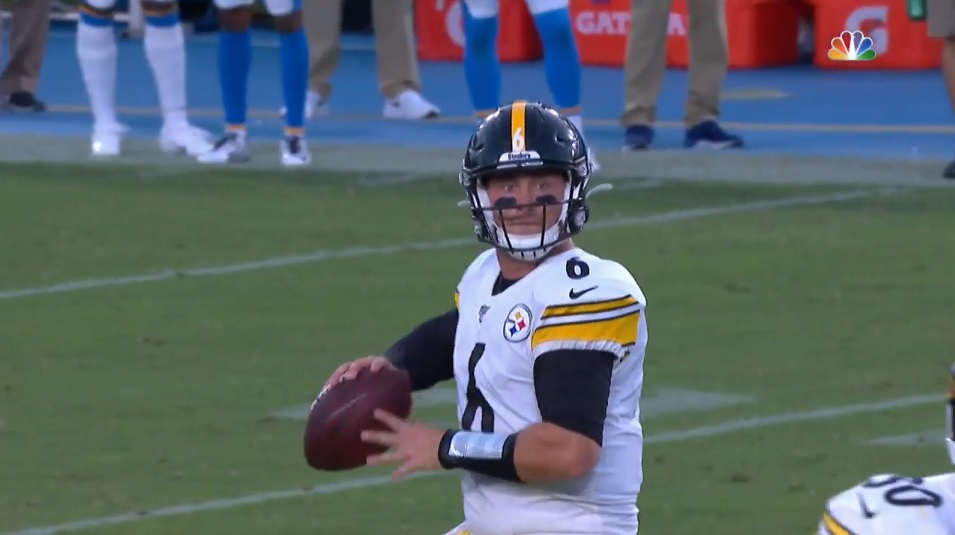 Question: Will the offense be more effective with Devlin Hodges under center?

The Hodges sector is certainly getting their wish this year. Not only did he end up on the 53-man roster—which I’m assuming was the ceiling pretty much everybody expected for him—not only did he end up as the backup, he’s now been chosen to start a game. He already started one game, but that was due to injury.

And this time, he’s had another several weeks of preparation and growth. He has three games of experience. He’s going to go through a whole week of practice as the starter again, which is extremely valuable, and something that he only got to do once before. And I believe, if memory serves, Mason Rudolph had even returned to practice at that point, but simply was still in the concussion protocol, so was unable to play.

Even if the Steelers still don’t have JuJu Smith-Schuster back yet for Sunday—it’s not looking good for James Conner, either—this will still be the best test yet for us to see who Hodges is, a home game against a quality defense, even if the Cleveland Browns are minus Myles Garrett for reasons that don’t need to be explained.

The question is, how will the offense look with him under center? He was the beneficiary of a good run game when he started against the Los Angeles Chargers. They ran well for him when he played in the second half on Sunday.

How will he throw the ball? How will his pocket presence be? Can he step up in the pocket? What about his decision-making? And even more important—will his receivers make plays for him?