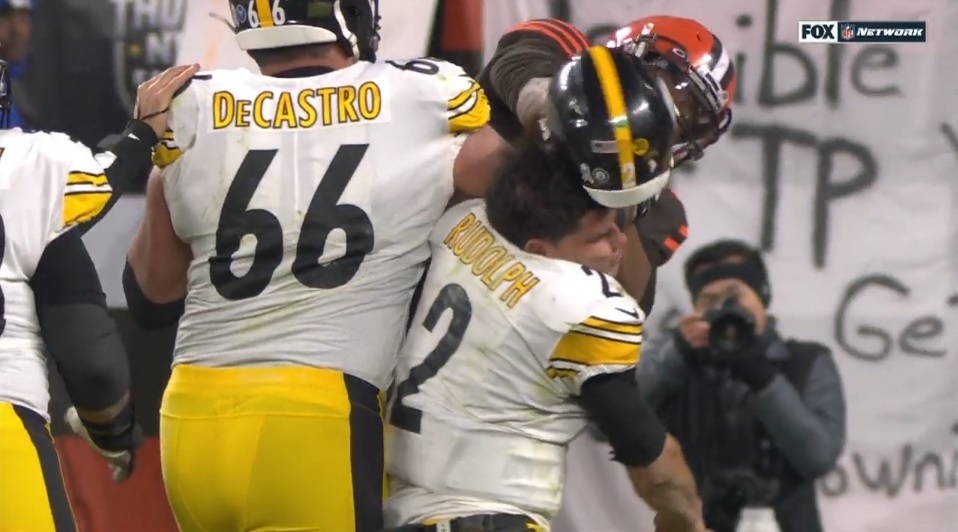 Question: What will Myles Garrett’s assault on Mason Rudolph cost him?

Even though it’s only tangentially a Steelers question, I don’t think there’s a bigger one in the NFL world right now. All eyes are on Roger Goodell and the league office, waiting to see how they respond to the situation that unfolded at the end of last night’s game.

Cleveland Browns defensive end Myles Garrett, of course, ripped off Mason Rudolph’s helmet, and then when Rudolph proceeded toward him to confront him, the defender landed a blow, with the helmet, square to the quarterback’s head.

He was subsequently ejected, as were Larry Ogunjobi and Maurkice Pouncey, but it goes without saying that Garrett’s actions were by far the worst in the scrum, and were the reason that the rest of it even happened.

The league earlier this season suspended Vontaze Burfict of the Oakland Raiders for the latest in a very long line of illegal hits that he was responsible for over a period of years. I don’t believe Garrett has much of a history of illegal hits, but this one was criminal.