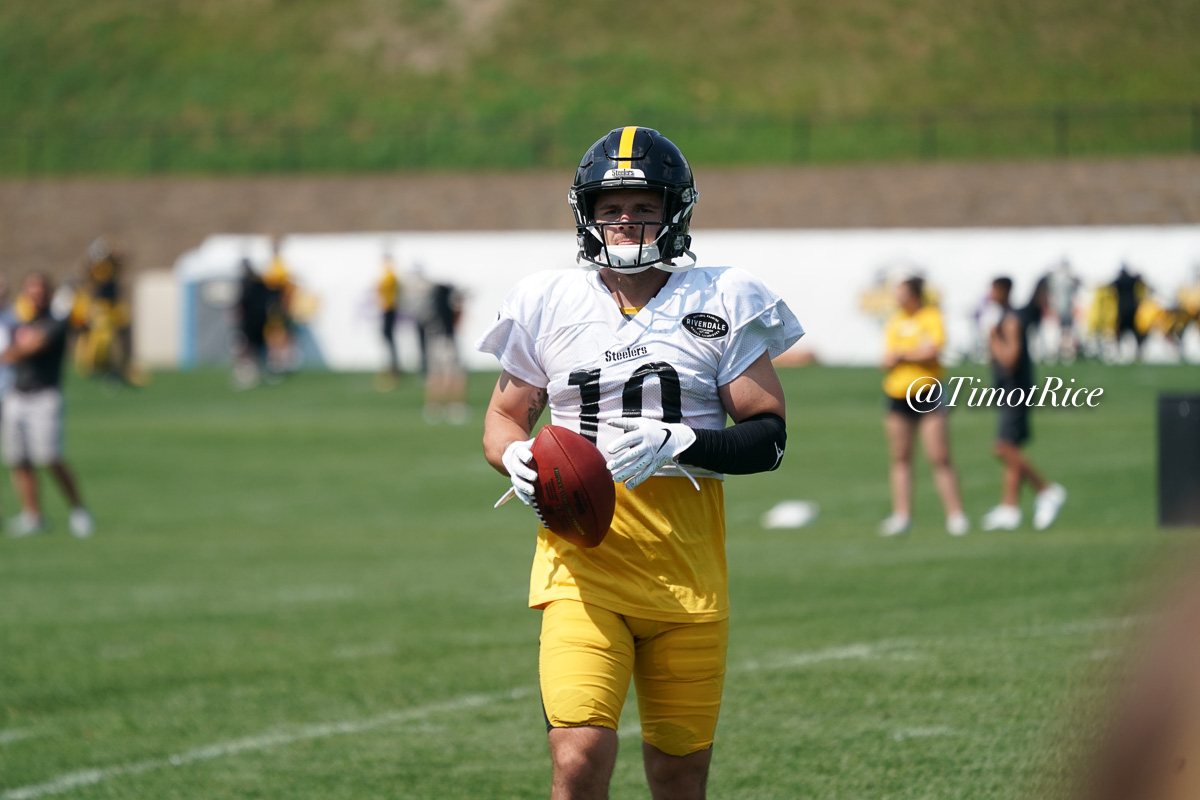 The Pittsburgh Steelers will once again dress two quarterbacks Sunday night against the Los Angeles Chargers and one of those two is sure to be rookie Devlin Hodges. The other one will be Mason Rudolph if he clears concussion protocol this week. And if he doesn’t, quarterback Paxton Lynch will be signed off the practice squad on Saturday to backup Hodges.

So, who will be the emergency quarterback Sunday night against the Chargers? Wide receiver Ryan Switzer.

“Last week, number 10 for us is always there for that,” Steelers offensive coordinator Randy Fichtner explained on Thursday. “He always takes snaps before a game. He’ll always have the extra wristband off to the side. You know, that type of thing. You might not be able to do as much. There may be a lot on the wristband you may never call, but there’s a lot that you could still do.”

In case you’re, Switzer attempted four passes during his college career at North Carolina and he completed three of them for 105 yards and two touchdowns. Below are both of his touchdown passes.

While Switzer has dressed for every game this season, he’s only logged just a few offensive snaps in the last three games and thus has mainly seen the field on punt and kickoff returns. With wide receiver James Washington expected to miss Sundays game against the Chargers with a shoulder injury, Switzer might see a little more offensive playing time in that contest.

Here’s to Switzer not needed to take any snaps as a quarterback Sunday night against the Chargers. If that happens, expect a lot of Wildcat and run plays.