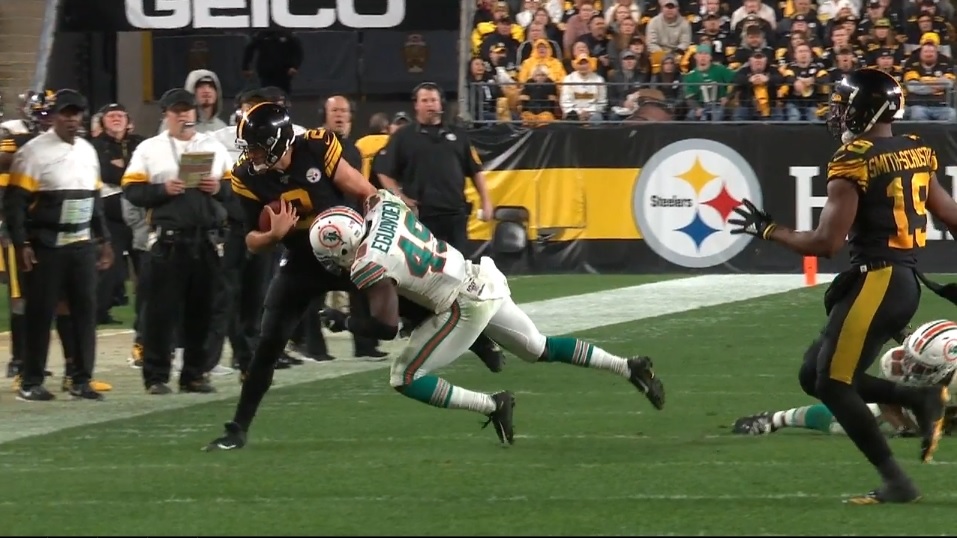 Two sacks charged to the Pittsburgh Steelers on Monday night against the Miami Dolphins. Let’s check them out.

This sack shows the reason why we do this breakdowns. Because this one isn’t on the offensive line. Not one bit. It’s on Mason Rudolph. Pittsburgh picks up this rush and stunt well. At the top of his drop, Rudolph has a clean pocket. 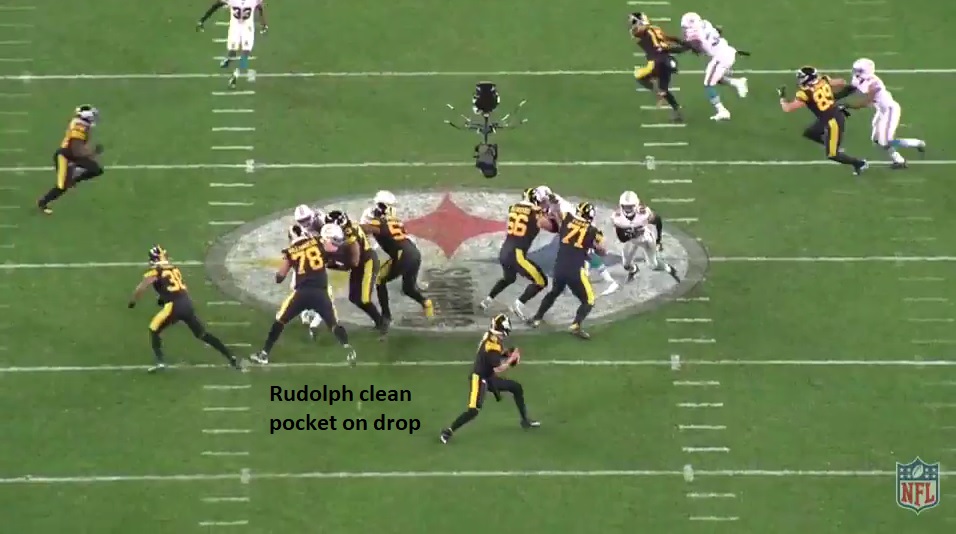 But for some reason, I guess he felt a rush that wasn’t there, he slides a step to his right. That makes Matt Feiler’s job much tougher and the edge rusher no longer has to go through him. He can remain vertical and simply run into where Rudolph’s moved. 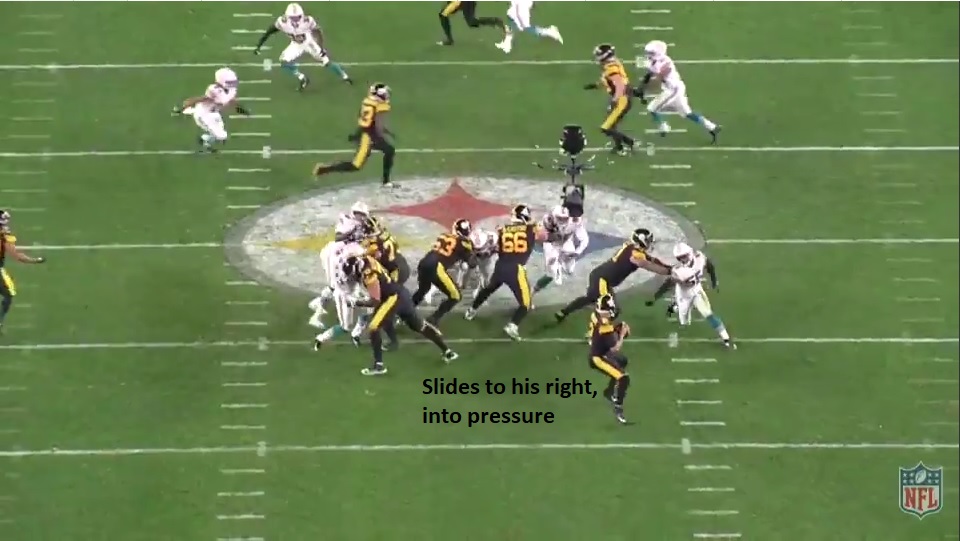 If Rudolph doesn’t slide into pressure, he’s going to get the ball out. That play wasn’t going to result in a sack.

Hard to even designate the rushers/blockers here. Sprint out the right and it looks like there was miscommunication. Vance McDonald looks out but is taken away while JuJu Smith-Schuster is blocking for what feels like far too long. He released into his route late but by then, the play is ruined.

Tough spot to be in especially if someone got the message wrong. Maybe they were surprised to be throwing with Zach Banner in the game. But Rudolph takes a hard shot at the end of this one along the Steelers’ sideline. Can’t have that. Not even about him coming off the concussion, though that doesn’t help, but he has to do a better job protecting himself. Reckless play to risk your body on for no reward.

As soon as he got out of the pocket and realized the play was dead, he’s gotta throw it away. Better for his body and better for the team. Trying to run with it cost the offense two yards. Young man’s mistake guys in their 30s don’t make.