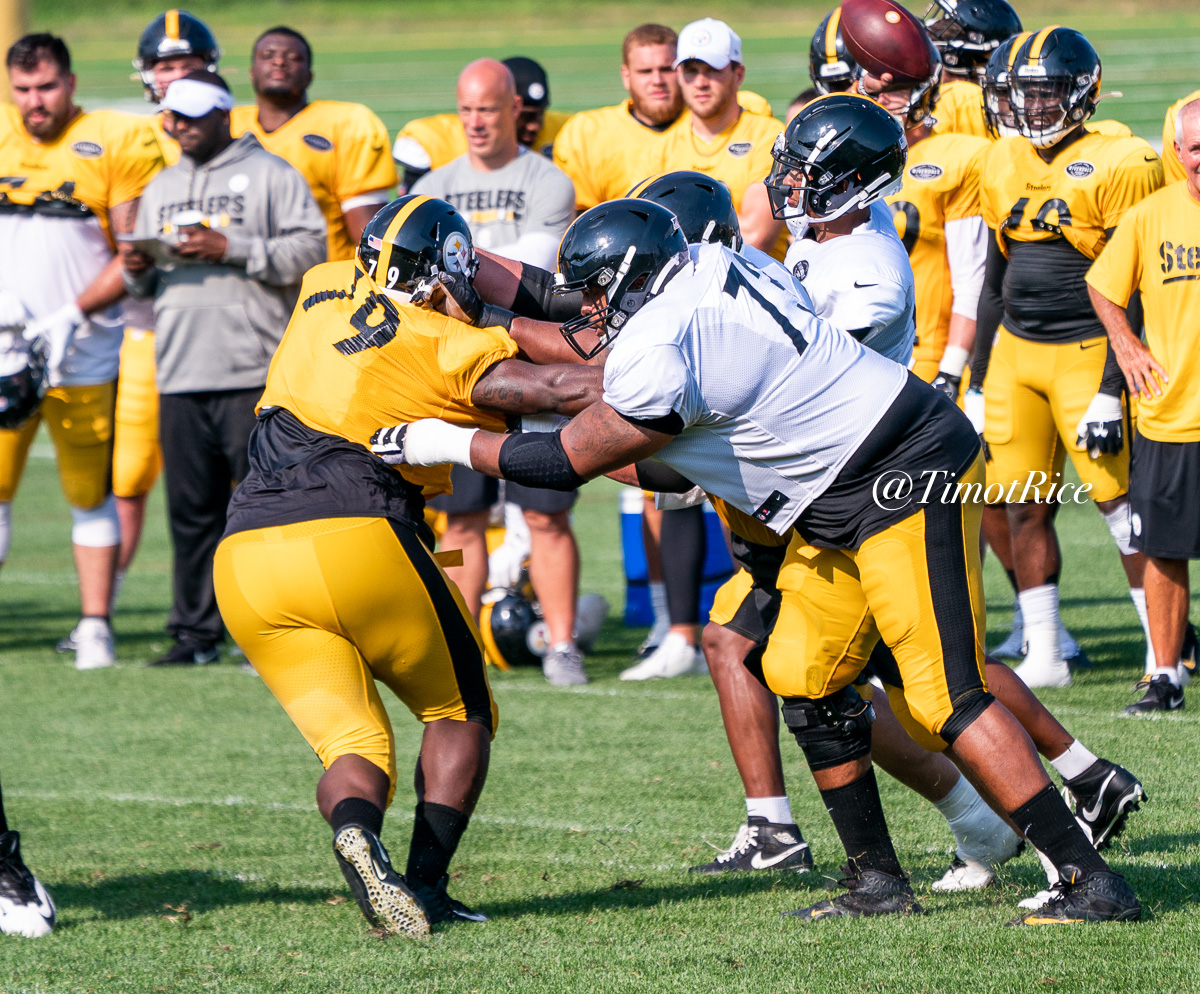 Pittsburgh Steelers fans are known for their cool heads and calm demeanor, so I’m sure they won’t make too much of this, but The Athletic had some interesting quotes from some veteran offensive linemen yesterday regarding the padded practice of the day.

I don’t have a subscription to the site, but leave it to Mike Florio of Pro Football Talk to dig up any sort of controversy surrounding the team. He writes of the article from the aforementioned outlet that there were multiple skirmishes in practice yesterday following the Steelers’ overtime loss to the Baltimore Ravens.

Defensive captain Cameron Heyward, who has a history of ‘skirmishes’ in practice settings going back to his rookie year, pissing off veteran linemen in the process, admitted that they “are chippy”, and said that “if you aren’t getting the results that you want, you are going to get ticked off”.

The perspective from the offensive line was notably different, as Florio pulls quotes from both David DeCastro and Ramon Foster. “When I talk about it, it takes me to a dark spot”, the latter said of the battles, adding, “I would rather not, but you should know better”.

Foster’s remarks certainly suggest that he wasn’t entirely pleased with the way yesterday’s practice was conducted, but without further details, we don’t know exactly what went on. We do know that Foster and Heyward have had their battles in the past.

Most likely, this will be water under the bridge by the time this article publishes as far as the locker room is concerned. Sort of a ‘what happens on the practice field stays on the practice field’ sort of thing. But it does sound like, there was a difference of opinion about the appropriateness of conduct going on out there yesterday during a padded practice.