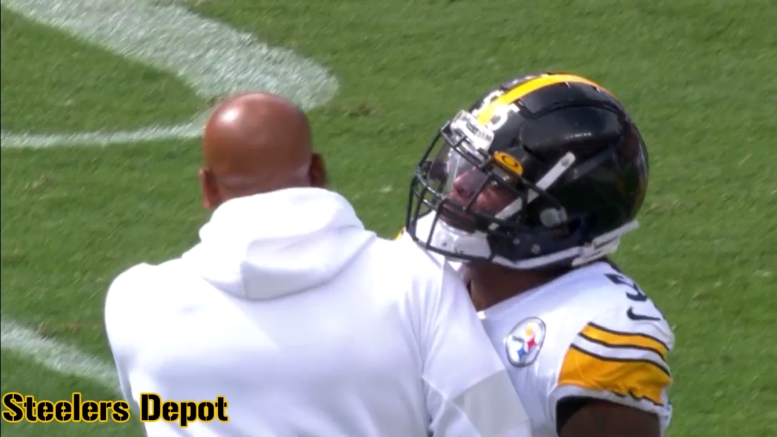 After the Pittsburgh Steelers traded up in the 2019 NFL Draft to make Michigan linebacker Devin Bush the 10th-overall pick, there were already those among the oddsmakers who were betting on him becoming the Defensive Rookie of the Year. He was, after all, among the highest defenders drafted, and went to a team who would use him immediately, so it’s not the worst projection.

Through the first six games of his career, he is certainly looking like quite a viable candidate. He has 52 tackles on the year with a sack, two interceptions, and four fumble recoveries. He ranks 10th among all players in tackles, and only Vonn Bell, with three, also has more than two fumble recoveries. As best as I can determine, nobody else in the league currently has more than four takeaways.

And that’s among all defenders. His 52 tackles are easily the most among rookies, the second-most being Cole Holcomb in Washington with 44. Only one other player is even within 20 tackles of his total. His two interceptions were tied with Ryan Connelly of the New York Giants, who is already on the Reserve/Injured List. There are only 10 rookies with more than one sack, and only he and Brian Burns have a touchdown. No other rookie has recovered more than one fumble or more than two total takeaways.

“I know one thing”, Ryan Shazier wrote on Twitter, saying that Bush “better be favored for Defensive Rookie of the Year. I know that he balling too hard not to”.

I know one thing. @_Dbush11 better be favored for Defensive Rookie of The Year. I know that he balling to hard not to.

Shazier has been with Bush for just about every step of the way off the field since he was drafted. Bush has talked on multiple occasions about how the veteran has always made himself available to the rookie, who has absorbed and wisdom he can from him.

Shazier himself, of course, was a first-round pick by the Steelers five years ago, the 15th-overall selection in 2014. He became a two-time Pro Bowler before suffering a severe spinal injury in December of 2017 during a game that left him temporarily paralyzed.

Shazier turned into a great player, but he didn’t have a rookie season like Bush’s, in part because he doesn’t stay healthy, a theme that followed him throughout his career, and which will hopefully be the thing that most separates the two.

Because of all the time that he has missed, Shazier actually never recorded more than 89 tackles in a single season. He reached that mark in 11-plus games in 2017, up until his injury, however, as he was having a career year.

At the moment, Bush is on pace to register 139 tackles. Only 14 rookies in NFL history have reached that number, most recently by Leighton Vander Esch and Darius Leonard in 2018. The Steelers’ record for tackles in a season is 141 by James Farrior. Lawrence Timmons had exactly 139 in 2014. Farrior and Timmons are the only ones who have hit 130 in team history since tackles began being tracked officially.