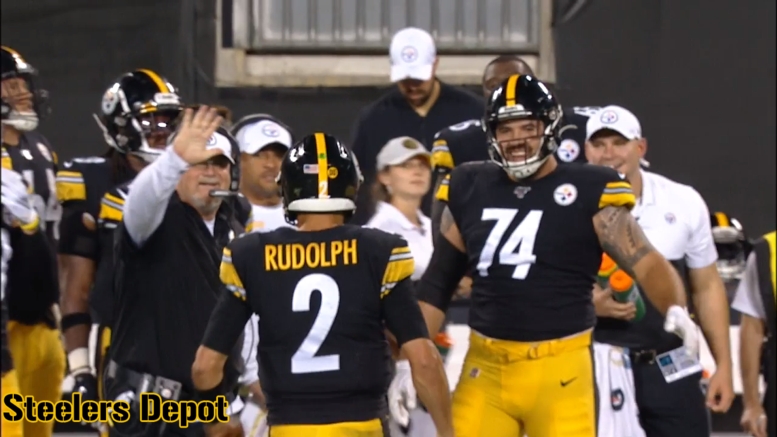 One of the biggest themes discussed this offseason leading into the regular season was the notion that chemistry and camaraderie can overcome talent. The Pittsburgh Steelers were seen as a laboratory experiment in that regard, having lost some of the best skill position players in the NFL, but perhaps with the not so hidden benefit of retaining a locker room that is closer and more open.

The season-ending injury to Ben Roethlisberger really threw too big of a variable into the experiment to take anything of meaning from it, though they have gone 2-2 so far since he was placed on the Reserve/Injured List and are 2-4 on the season. They could be a game and a half back in the division coming out of their bye week—or two and a half.

While the sustained success is yet to be had this year, and it remains to be seen if it will ever come, what we have observed is that this does legitimately appear to be a team that is closer together than it has been in previous years, and thus is more likely to weather certain storms. They certainly have been through their share of adversity together already in 2019, but they have held together.

Offensive coordinator Randy Fichtner noticed. “I’m proud of the group for the unselfishness, for the giving of others, for putting everyone’s hand in the pile to win a game”, he told reporters earlier this week when discussing his unit.

In reference to their last game against the Cincinnati Bengals, in which they rushed 36 times versus 20 pass attempts, and JuJu Smith-Schuster had just one catch for seven yards, Fichtner observed, “JuJu was one of those guys in-game that basically said, ‘Coach, we’re running it, keep running it, let’s go’”. The wide receiver said as much himself.

“You hear that from a wide receiver and that kind of excites you as a coach, and I couldn’t have been more proud”, the offensive coordinator added. “Those guys really gave great effort. They were in position to make plays. When we called passes, there were opportunities for balls to be thrown, and I think they all did a good job in that regard”.

The offense perhaps especially, but both sides of the ball really have gone through some significant growing pains this year. Perhaps, through six games and now with the opportunity to pause in reflect during the bye week, this is the point at which they can begin to turn things around. Up next is the winless Miami Dolphins, so hopefully that can be an easy win.