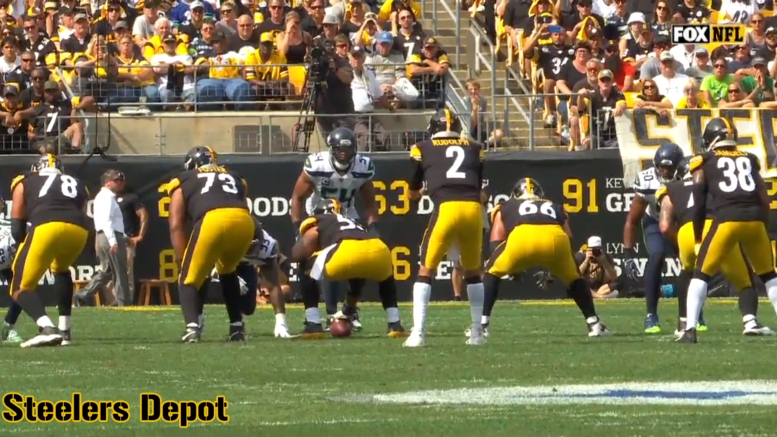 Mason Rudolph was not only one of the most prolific, but one of the best deep-ball passers in college, which is one of the highlighted qualities that attracted the Pittsburgh Steelers to him in 2018 when he came out for the draft from Oklahoma State.

Now that he is in the starting lineup in his second season, following an elbow injury suffered by Ben Roethlisberger, we’re not seeing that deep ball as a staple of the offense, at least not successfully executed. And the intermediate pass has nearly gone extinct.

Interestingly enough, Rudolph’s average depth of target isn’t far off from where you might expect it to be. He is averaging 7.22 yards per throw beyond the line of scrimmage (this is distinct from his yardage per attempt, and reflects his intended air yards.

But that doesn’t reflect how frequently he’s thrown the ball short. Over a quarter of his attempts have come at or behind the line of scrimmage. Another 26 of come within five yards of the line of scrimmage. And then he has 13 attempts of 20 or more yards in the air. He has completed three of them, two to Diontae Johnson for long touchdowns of 39 and 43 yards, the other a 45-yard connection to JuJu Smith-Schuster on a flea-flicker.

Offensive coordinator Randy Fichtner was asked if he felt Rudolph was hesitant to pull the trigger on the long ball. He seemed to suggest as much earlier in the season when he was asked about the lack of deep passes early in the young quarterback’s playing time.

“No. I don’t think so”, he said in answering the question.

I think Mason, like most other young guys, they want to do everything perfect, and none of us are perfect. That just doesn’t happen. He’s an extremely hard worker. You’ve heard me say it over and over. He wants to be perfect, and in that stride to do that daily, it doesn’t happen, and I think he’s starting to learn that it’s not always going to be perfect. That perfectly designed man beater. Wow they chose zone, what am I going to do? Now it’s not exactly how we practiced it. Where are they going with the football? How efficiently am I going to throw it with my footwork and things like that? Sometimes if it gets out of whack and it’s not complete, he gets a little upset with himself. That’s normal for his personality. He wants to be perfect. I love it about him. I just realized it, but it’s awfully hard to obtain.

Is a drive for perfection the reason that we haven’t seen the number of deep pass attempts that we have expected so far? As he grows more comfortable and confident, will he grow back into that gunslinger mentality and take more risks under less than perfect circumstances?