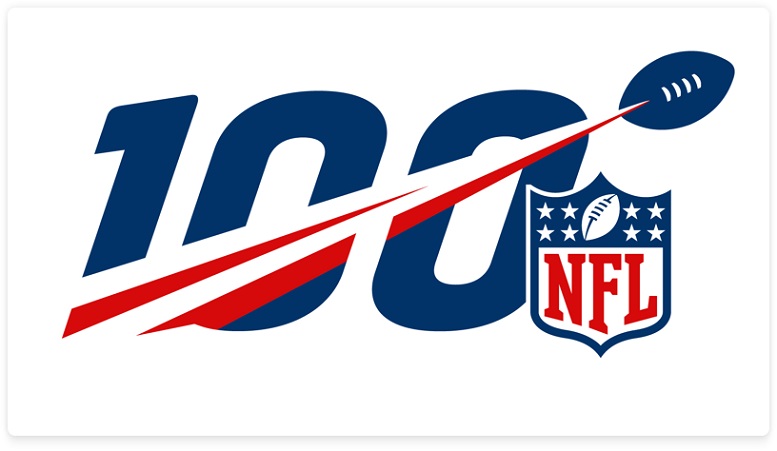 With Week 9 of the 2019 NFL regular season just underway on this Thursday night I thought I would drop a quick update on how all 32 teams look through the first eight weeks when it comes to the ANY/A (adjusted net yards per passing attempt) stats, both offensive and defensive.

As you can see in the ANY/A rankings below through Week 8 of the 2019 NFL regular season, the New England Patriots are in great shape. Look at how low their defensive ANY/A number is. 1.2 through eight games is just unheard of. While the Patriots could stand to have a slightly higher offensive ANY/A number, a 6.8 is certainly good enough considering how well their defense is playing.

The Pittsburgh Steelers currently have the fifth-lowest defensive ANY/A in the NFL entering Week 9 and that’s encouraging. Their differential is in positive territory as well. Their offensive ANY/A has slowly been on the rise and you would like to see that 5.9 number grow to at least 6.9 in the next five games or so. It can be with quarterback Mason Rudolph under center.

Obviously, the Steelers dug themselves a nice hole thanks to the start they had this season. That said, a win Sunday at home against the Indianapolis Colts, who the Steelers match up well against when it comes to the ANY/A stat, would result in them being back to .500 with half a season remaining that includes four divisional games and two other games against teams with ultra low ANY/A differentials.

We will take a much more in-depth look at the ANY/A stats league wide once every team has had their bye week. 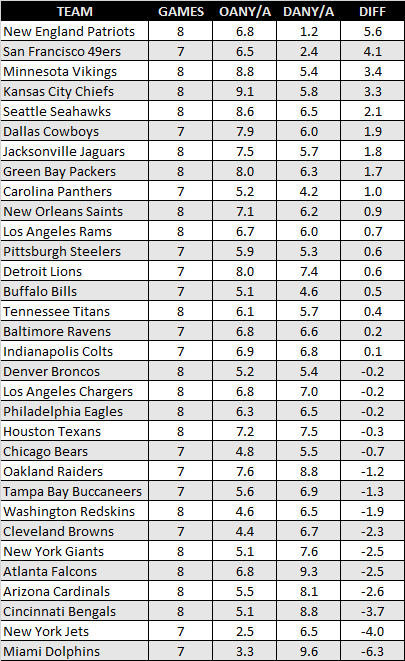