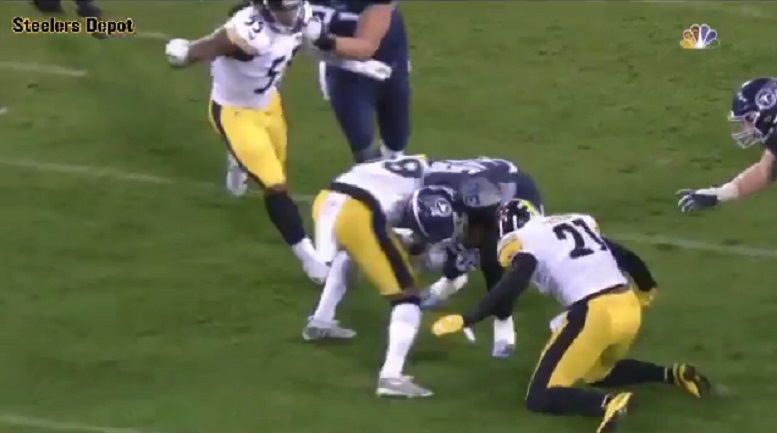 The Pittsburgh Steelers started three players on defense who were not on the team in 2018 or at any time prior to that, and by the second snap, had played four such players. Largely, that was according to plan, but for one exception: Kameron Kelly starting at free safety.

While Mike Tomlin and the Steelers professed confidence in Kelly and the work that he had put in throughout the offseason since being signed as a first-year defensive back in April coming out of the AAF, there were no intentions of him starting, with Terrell Edmunds entering his second year at strong safety and Sean Davis one of the veterans of the secondary in his fourth year.

But Davis has been afflicted by a series of minor ailments throughout the offseason, culminating what appears to be a high ankle sprain that he suffered in the third preseason game. He missed the season opener of course, but he hasn’t been back on the practice field since.

The good news is that he expects that to change in short order. “Every day, I’m taking a step forward”, he told Brian Batko of the Pittsburgh Post-Gazette, “so I am looking forward to getting on the practice field this week”.

He did say that there was no chance he could have played on Sunday night. “We don’t want a small thing to turn into a big thing”, he told reporters. “I know we’re trying to be safe, but we’re also being aggressive” with his rehab, working his way back onto the practice field.

Sunday was the first game that Davis missed since early in his rookie season in 2016 after he suffered a shoulder injury in Week Three that would linger throughout the entire year. He played through it, even earning a starting job at strong safety, before having surgery in the offseason, so I don’t think his toughness is in question.

While Kelly had his moments not just making his NFL debut, but also his first start, against none other than Tom Brady in Foxboro, there were certainly times during the game in which he looked like he had never been out there before, which was magnified by it being the first Sunday primetime game of the year.

“I could just put myself in his shoes back three, four years ago when it was me”, Davis said. “Can’t be mad at him. Just got to work with him, learn and grow and bet better”.

Though he won’t be the starting free safety once Davis is able to get back on the field, Kelly will continue to have a role in the defense as a sub-package defender, even with five defensive backs on the field. He’ll have the time and space to grow, but it will have to come on active duty as well.