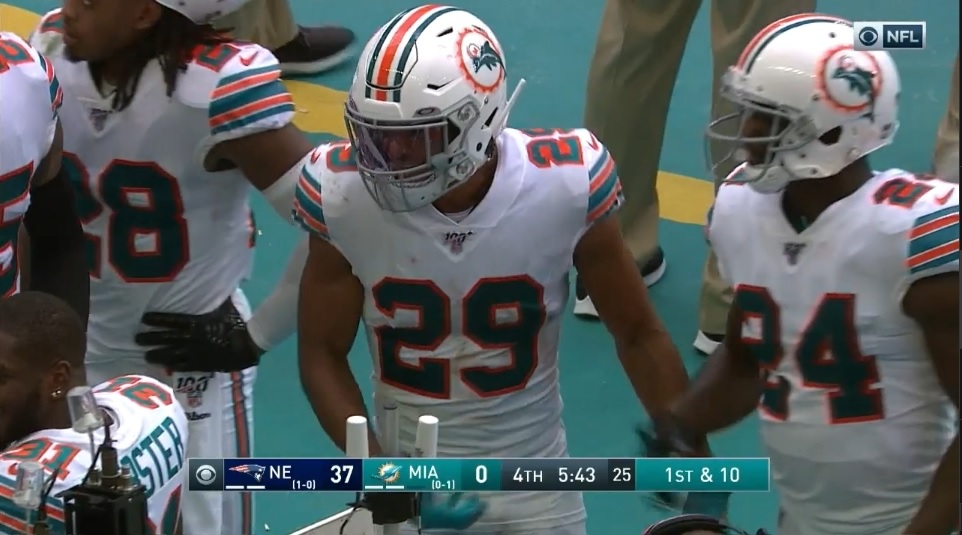 Ryan Clark is normally a pretty good analyst. However, his comments about the Pittsburgh Steelers’ trade last night for Miami Dolphins defensive back Minkah Fitzpatrick very much align him with many other national media talking heads who are not aware of the logic behind it. Appearing with Scott Van Pelt on ESPN to discuss the move, he outright said, “I hate it”:

I don’t like the move. I don’t like saying that we can’t possibly get an impact player in the draft that may play the quarterback position, we’re so sure that Mason Rudolph is the guy, or we’re so sure that Ben Roethlisberger will be healthy. And are they one player away on defense, and is Minkah Fitzpatrick that player? This is a guy that didn’t necessarily want to be a corner in Miami. He didn’t play that position. And that’s where they need help. You have two young safeties. And so for me, this is the move that was made almost in a situation where, we’re not very good on defense, there’s a good player that’s available, let’s go get him without looking at the big picture of where you are. This doesn’t put them in the playoffs, but it does take away a huge pick that they could need in the future.

There’s a lot to unpack here, but there’s one thing about which he’s clearly wrong, which is the implication that the Steelers traded for him to play cornerback. In theory, the Steelers, yes, have two young safeties in Sean Davis and Terrell Edmunds. But their cornerbacks are more stable than their safeties.

And Davis, obviously unbeknownst to Clark, is dealing with a torn labrum that may cost him his job. The likelihood already was that this would be his last year in Pittsburgh, as well, so safety was going to be very high on their draft needs list again anyway.

“I don’t necessarily believe he makes this team immediately, impactfully better right now”, he added, after saying that he does like Fitzpatrick as a player and liked him coming out of college. “That pick could be more valuable down the line knowing what you need for next year”.

That pick could be more valuable. Or it would be a Jarvis Jones. It could be an Artie Burns. Fitzpatrick is a guy who already has NFL tape, and is only 18 games into his career. He’s going to help immediately as well as in the future.

And the Steelers were never going to draft a quarterback in the first round in 2020 anyway. I’m surprised Clark would have even put that in play. The team would obviously know a lot better than Clark what Roethlisberger’s return prognosis is, and they invested in Rudolph, so they’re going to see what he can do. Is he any worse than Josh Rosen?