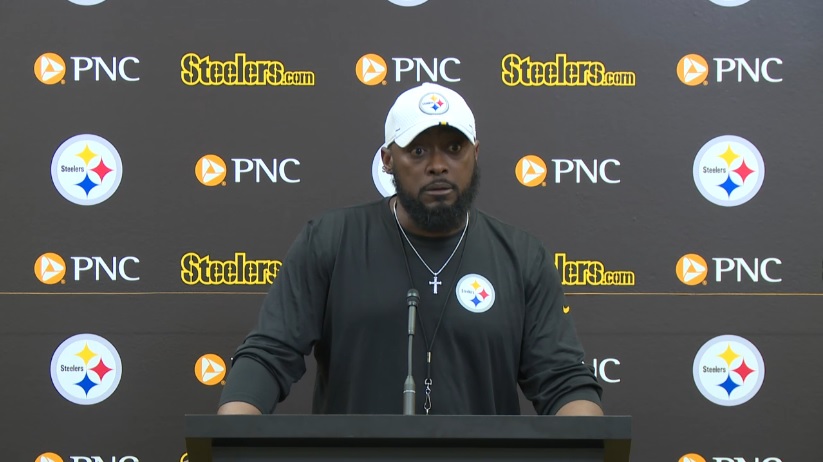 During his post-game press conference following an embarrassing loss to the New England Patriots, Pittsburgh Steelers head coach Mike Tomlin didn’t pull any punches about what he saw on the field, telling reporters that his team was not ready for primetime.

He was including himself and his coaching staff in that equation, attributing the failures to both gameplan and execution, but such criticisms tend to be viewed as being imposed upon those running the plays on the field.

While the comment didn’t necessarily draw any type of controversy, reporters did ask several players about it. That includes Ramon Foster, who addressed it yesterday while making an appearance on The Fan. “You can’t get offended by that, because that’s exactly what it was”, he said.

We had a game on primetime that we should’ve been completely ready for as a team, and we just simply weren’t. Like I said, the plays that need to be made on primetime, guys make their careers on making a name on Sunday Night, Monday Night, even Thursday Night Football now, and nobody did that. I think that’s what he was saying more or less than anything, is when the lights are on, we’ve got to show improvement. As a team, we didn’t do that.

The Steelers ended up losing that game 33-3, and were trailing 20-0 by halftime. It was never particularly close after the defense forced the Patriots to punt on their opening drive. Pittsburgh got deep into Patriots territory twice, but one stalled on the one-yard line, settling for a field goal, and the other resulted in an interception in the end zone.

There wasn’t much in terms of positives to take away from the Steelers’ performance on either offense or defense, or really even special teams, by and large, and that has been the response from the locker room so far, though they have all express the importance of moving forward.

The team has a history of rebounding well from big losses, but in this case, they will have to do so against the Seattle Seahawks, which is another good team, though at least they get to play that game at Heinz Field. Playing in Foxboro and then Seattle in back to back weeks would certainly be a tough pill to swallow.

It’s somewhat ironic that all four of the Steelers’ preseason games were actually played in primetime slots, so if any team should have been ready, in theory, it would have been them. I don’t think it actually had anything to do with the time slot, however; they simple weren’t ready for the Patriots.