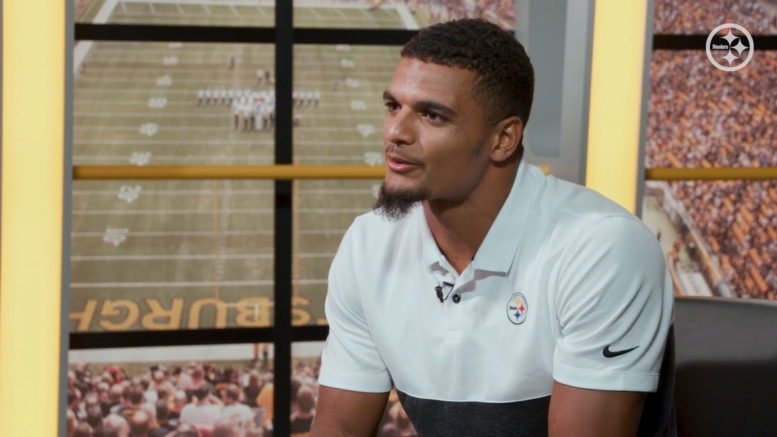 The Pittsburgh Steelers were dead-set on getting a high-pedigreed safety out of the 2018 NFL Draft class. They scouted the group coming out last year, heavily, doing their due diligence from the top to the bottom.

Minkah Fitzpatrick is a guy that they really wanted, coming out of Alabama. Head coach Mike Tomlin admitted that thought at the time was a “pipe dream”. But now, acquiring him just 18 games into his professional career, that dream has become a reality.

And they will get to pair him with the safety they did draft, Terrell Edmunds, their careers now running parallel to one another as 2018 first-round draft picks. It should be interesting to see what happens in 2021 when the time comes to decide on whether or not to pick up their fifth-year options.

But that’s a question for down the road. The important thing now is for them to work together, and the good news there is that they already know and like each other, as Fitzpatrick explained to Missi Matthews for a sit-down interview posted on the team’s website last night.

“I know him a good bit. We trained together a little bit down in Florida before the Combine for a couple weeks”, he told Matthews of Edmunds. “He’s a competitor. Every single drill we’re going, we’re competing, in the workouts we’re competing. I’m excited to work with him. He’s a professional. He carries himself the right way on and off the field”.

Edmunds started 15 of 16 games as a rookie for the Steelers, registering 78 tackles with one interception and four passes defensed. With the Miami Dolphins, Fitzpatrick started 11 of 16 games, but also played all over the field. He recorded 80 tackles with two interceptions, one returned for a touchdown, and nine passes defensed. Edmunds already has 18 tackles this year in two games, Fitzpatrick 11, with a forced fumble. But now they have to work as a unit. What will that take?

“Spend a lot of time together”, he told Matthews when she asked him just that question. “Just seeing how each other operates on the field, how we communicate, what do we see. Just how we think about the game”.

“At safety you’ve got to communicate a whole lot, be on the same page”, he added, “because safety is for a reason: you’re the last line of defense. So we always have to be on the same page. Like I said, we’re just going to have to spend a lot of time together, communicating, talking, and getting to know each other”.

It’s obviously far too early to tell how long this duo will remain together, but the presumption is that it will be for at least the majority of the next four years. That’s plenty of time to put in the work together, but that chemistry has to start being built, today. Because there’s a game to play on Sunday.