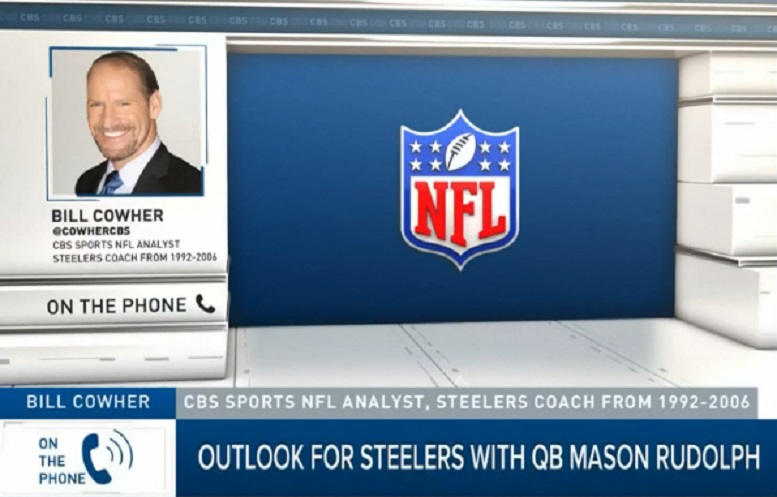 Former Pittsburgh Steelers safety Ryan Clark might not be too fond of the Monday decision to trade away a 2020 first-round draft pick for safety Minkah Fitzpatrick. However, former Steelers head coach Bill Cowher made it clear on Tuesday during a radio interview that he has no issues with decision to trade for Fitzpatrick.

“Football is the total team game,” Cowher said during an appearance on CBS Sports HQ on Tuesday. “I think when you look at it from that standpoint, I actually do like what they did in going out and getting Minkah Fitzpatrick, because what they’ve done now is kind of shored up a defense and a little bit of a void they had there at safety. Sean Davis not being able to stay healthy there, and Minkah Fitzpatrick is a very good football player, a proven player. He’s played in this league for a year now. He’s young, he’s still got multiple years on his contract. And he it gives you a lot of versatility from the standout of that he [Fitzpatrick] can play a lot of different positions and lot of different roles.”

Cowher knows the Steelers will have a tough time overcoming the season-ending injury suffered by quarterback Ben Roethlisberger this past Sunday because he’s now being replaced with a second-year player with barely any experience in Mason Rudolph. That said, Cowher likes Rudolph enough to think that if the Steelers defense starts playing better that potentially Pittsburgh can salvage their season.

“So, I think again at this point, you kinda go back to a little bit of the onus when Ben goes down, everyone talks about the offensive side,” Cowher said Tuesday. “To me now the onus goes back on that defense. And to shore that up and to take the responsibility of keeping the games close, creating opportunities for their offense. Kind of like they did last week. They gave up some big plays, but they also created some big plays in terms of getting two fumbles that led to scores for their offense.”

Cowher said he believes Rudolph will get better the more experience he gets.

He knows the system, he’s been in it for over a year now,” Cowher said of Rudolph. “He’s got to just be able to operate [the offense] and I think that he’ll be able to do a little bit more as he becomes more comfortable with the players around him.”

Cowher also likes the Steelers chances of turning things around after an 0-2 start of the regular season because of the veteran leadership they have on the team in addition to very young and exciting defensive player in rookie inside linebacker Devin Bush.

“Again, I think for the Pittsburgh Steelers, there’s a lot of really good leadership still on that football team,” Cowher said. “Ben was a leader, no question, but that offensive line and [Maurkice] Pouncey and Cam Heyward and that defensive front. And with T.J. [Watt] playing the way he is, Devin Bush is going to get better as the season goes along. He’s a young player that’s only going to get better as he understands the defense. So, I think this is a team that should get a little bit better as the season goes along and become more comfortable playing with each other.”

The Steelers need to get better right away and starting Sunday on the road against the 2-0 San Francisco 49ers. If they can somehow manage to win on the West Coast for just the second time since head coach Mike Tomlin replaced Cowher in 2007, they’ll then have two very crucial back-to-back divisional games against the Cincinnati Bengals and Baltimore Ravens. Should they also win both of those games, they’ll be right back in the thick of things again with one home game remaining before their bye.