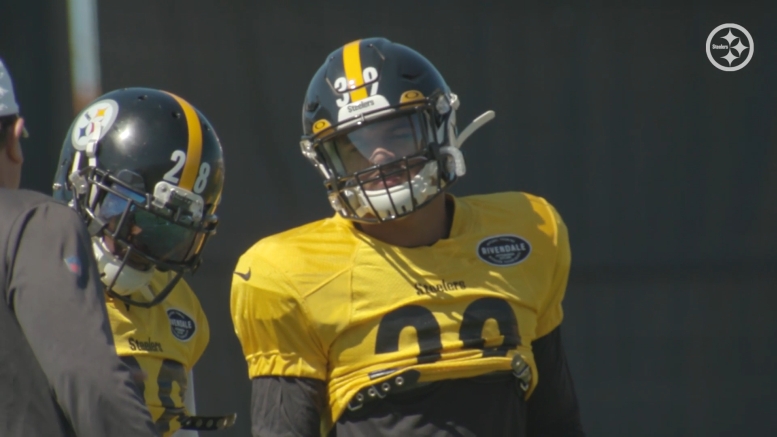 Explanation: The Steelers shocked everybody when they made one of the boldest trades of the year, sending a first-round pick to the Miami Dolphins to acquire free safety Minkah Fitzpatrick, making him a plug-and-play starter within a week of acquiring him. While they talked about the value of his versatility, they said they would keep him limited to free safety responsibilities to start off with.

Truth be told, the Steelers did move Fitzpatrick around even on Sunday. He was up in and around the box for nearly 30 snaps, and did get a small handful of snaps covering in the slot as well, though of course the majority of his time was spent aligned at free safety.

Considering the fact that he has already been moving around a bit—though not necessarily in ways that are unconventional for a typical starting safety—it stands to reason that they will incrementally give him more and more to do as the season goes on.

He already has the hardest part down. He’s played a full game, he’s digested the playbook. He’s done everything he can in the short amount of time he’s been here to show up, and he played well with what he was asked to do. When you show you can handle what you’re given, you get a little more put on your plate.

The Dolphins were using Fitzpatrick quite a bit in the box and in the slot. I don’t foresee the Steelers getting too much into that role just yet for him, and the rest of what we’re talking about largely falls in line with what a safety would be doing anyway.

A more realistic timeline for the Steelers to really start giving him different things to do would be, fittingly, Week Eight against the Dolphins. That would be the game after their bye week, three games from now.