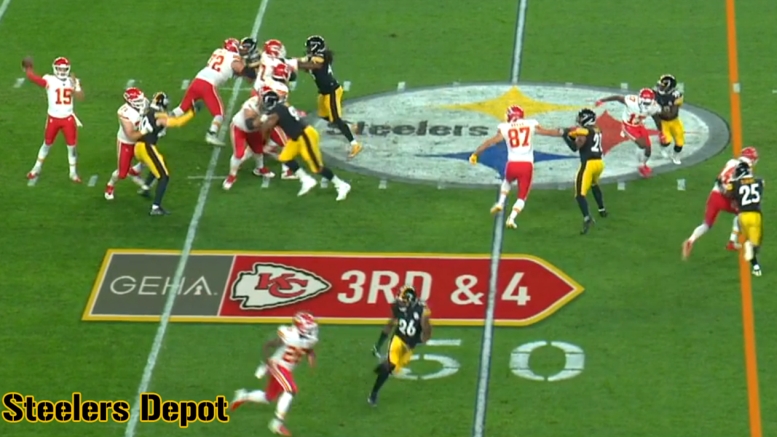 Explanation: The Steelers have a bit of an abundance at inside linebacker this year after that splurged in both free agency and the draft, ending up with both Mark Barron and 10th-overall pick Devin Bush. Joining them is eighth-year veteran Vince Williams, who has been a full-time starter for the past two years. Less athletic than the other two, it’s fair to wonder if he will start, or if he will play more snaps than Barron.

Based on the preseason, it certainly looks as though Barron is not only capable of starting, but favored to start. Even with Vince Williams missing most of the summer because of injury, Barron was used with the starters and then fairly hastily taken out, having shown enough to demonstrate to the coaches that he is ready for the role.

Barron and Bush got the opportunity to log a good amount of time together, and during that span, they showed indications that they are both able to function as a tandem and also still retain the size necessary to hold up against the run.

There is still a role for Williams, but based on the way the game is played today, it will not be in a primary role. Now that the defense has players more equipped to play against modern offenses, he doesn’t need to play as much as he has.

The only thing that held Williams back during the preseason was injuries. He is back up to full speed as the regular season begins, and will resume the role that he had, as both a starter and primary player. After all, he’s one of the few Steelers who’s intercepted Tom Brady.

Barron will be the sub-package linebacker, with Bush as the mainstay, and many of the sub-packages will only include Bush on the field, paired with six defensive backs, as the Steelers have made it pretty clear that the dime defense will be a significant part of their plans this year, which will come at the expense of both Williams and Barron.