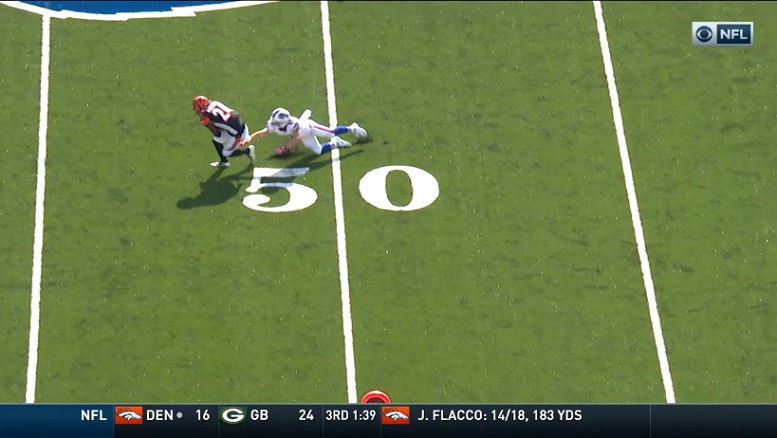 The Cincinnati Bengals will play the Pittsburgh Steelers Monday night at Heinz Field and on Thursday we learned that they will do so without one of their core special teams players and backup nickel cornerback.

The Bengals announced on Thursday that they have placed cornerback Darius Phillips on their Reserve/Injured list as a result of a knee injury he suffered in the team’s Week 3 loss to the Buffalo Bills. To fill Phillips’ roster spot the Bengals signed cornerback Torry McTyer off of the Kansas City Chiefs practice squad.

Phillips had played in all three games for the Bengals this season and had one tackle and an interception on defense, and six kickoff returns for 137 yards (22.8). He also had a kickoff return for a touchdown against the Bills called back this past Sunday due to a questionable holding call.

In addition to playing a lot on special teams for the Bengals so far this season, Phillips also played some defensively in the slot and his lone interception came this past Sunday against the Bills.

If Webb is ultimately unable to play against the Steelers, then backup cornerback Tony McRae would more than likely have to start again in the slot and a huge matchup advantage for Steelers wide receiver JuJu Smith-Schuster at times throughout the Monday night contest.