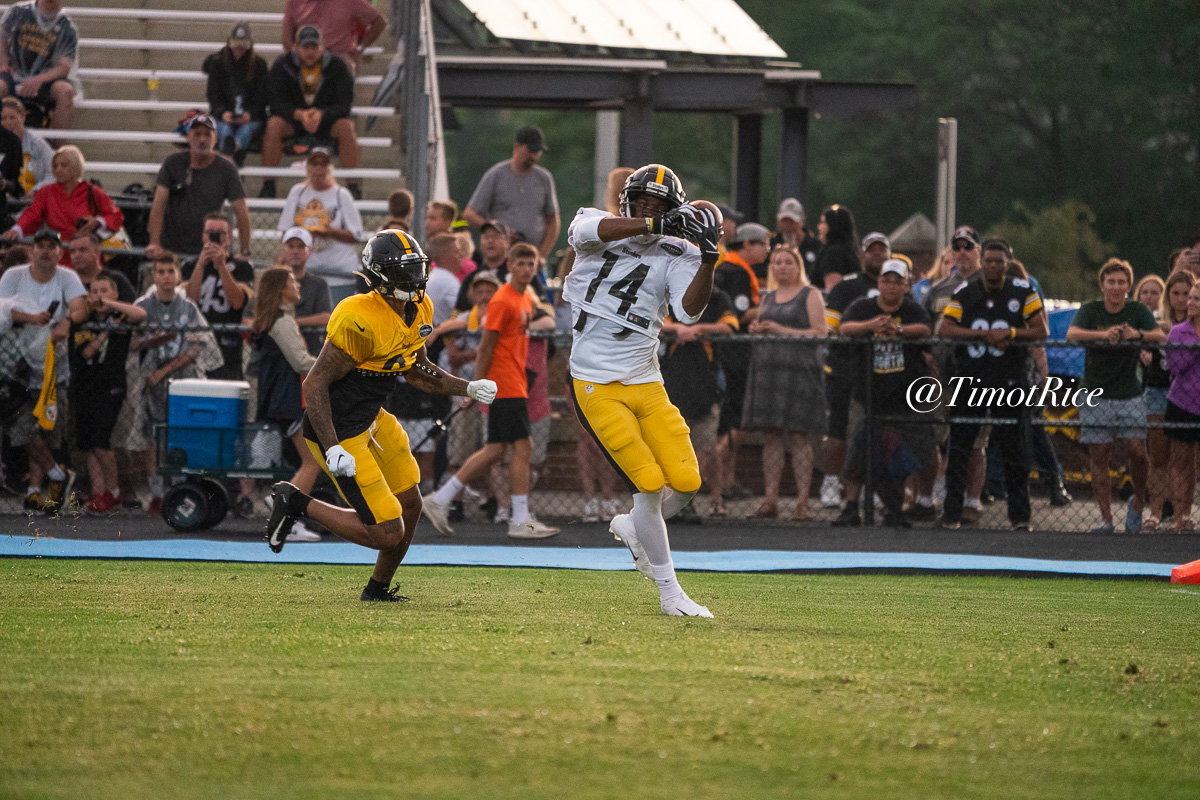 Tevin Jones is probably not a name on the radar of a lot of Pittsburgh Steelers fans. While he is one of six wide receivers who are returning from last season, he, along with Trey Griffey, were only members of the team via the practice squad. The Steelers made some key additions this offseason that continue to make the room quite crowded and leave little space for upward mobility.

But the first-year product out of Memphis is just taking things one day at a time, trying to get better every day. So far in training camp, he appears to have done that. He got off to a very slow start, but by the end of this week of practice, he was getting some snaps with the first-team group.

The 26-year-old is an interesting prospect at 6’2” and 225 pounds, and has been trying to make the most of that frame in training camp. He is looking to make a move up the depth chart to put himself in contention for the 53-man roster, and that’s a process that will unfold in the preseason games, beginning tonight.

“Friday’s pretty big”, he allowed, via The Fan. “Hopefully you see an improvement” from last season. “I try to get one percent better every day, and that’s a lot of one percents when you add up those days. I’m just ready to go out there and just eat”.

Jones didn’t do a ton of eating last year. He had a strong preseason finale with three catches for 90 yards, two of which went for touchdowns, granted. But he had just one reception for five yards in the first three games. If he wants to make an impact on the team this year, he’ll have to put up those sorts of numbers every week and make some plays on special teams to boot.

One area in which he feels that he has really grown from last season as a receiver has been in his sight reading. As he explains, “I think I improved most at figuring out the coverages, as far as defense. Not just looking at the pre-snap reads, but also adjusting when the ball is snapped. So instead of—usually I’ll go out there and I’ll say, ‘okay, I have a slant’, and just run a slant. But usually it’ll change when the defense moves. So I’m just glad to be able to adjust now as the play goes on”.

Between JuJu Smith-Schuster, James Washington, Donte Moncrief, Diontae Johnson, Eli Rogers, Ryan Switzer, Johnny Holton, and Diontae Spencer, it’s a crowded group, this year, but that’s nothing new for Jones, who was one of eight—and eventually nine—wide receivers on the team’s various rosters in the regular season a year ago.

“Our receiver room is always crowded. Everybody has certain talents. I just try to go out there and do all I can to make the team better”, he said. If he really can make the team better, there might be a roster spot for him. The fact that he has position versatility, a big body who can play in the slot, will aid his cause, but he remains a longshot unless he can shine in the preseason.