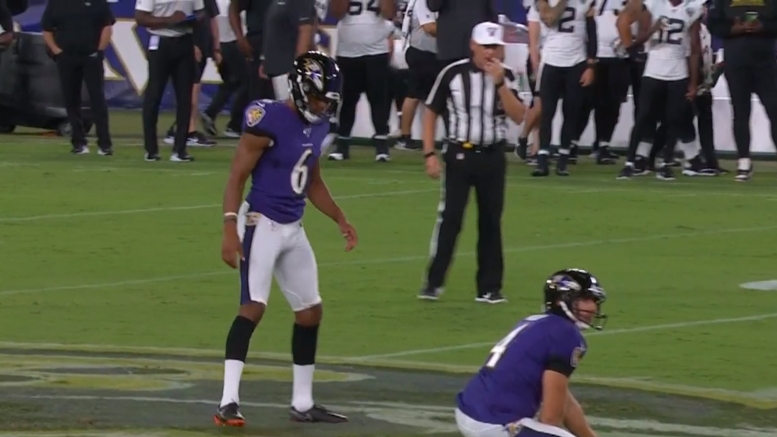 The Pittsburgh Steelers are hoping to come out of training camp with just one rosterable kicker to carry onto their 53-man roster. While their incumbent leg, Chris Boswell, is off to a good start so far, having gone about 29 for 30 so far between training camp and the first preseason game,, the audition to retain his job is ongoing.

Meanwhile, the Baltimore Ravens just got a fifth-round pick for trading the other kicker that they have had for the past two offseasons not named Justin Tucker, who is perennially strengthening his case to be considered the greatest kicker in NFL history.

Essentially, it never mattered how well Kaare Vedvik, the Norwegian-born kicker, might do. He was never going to unseat Tucker, who is the most accurate kicker in NFL history, the only player ever to retain an accuracy percentage north of 90 with 100 or more attempts. Boswell was on-pace to hit 90 percent entering the 2018 season before he tanked and put his future employment in jeopardy.

Vedvik is the eighth kicker to be traded, and the only other one since Pete Stoyanovich back in 1996 to be traded for with a pick higher than a sixth-rounder. The Miami Dolphins got a fifth-round pick for him, which could have elevated to a fourth-round pick if Stoyanovich made the Pro Bowl.

But he was a seven-year veteran with an All-Pro on his resume before being traded to the Kansas City Chiefs. Vedvik was an undrafted free agent out of Marshall in 2018, though he did perform well in the preseason a year ago. And, this should be noted, he is also a punter.

The Minnesota Vikings are the team that gave up the fifth-rounder for him, and according to Adam Schefter, they may use him at both kicker and punter. I’m not quite sure whom the last player is who did both, though there are occasionally punter who will handle the kickoff duties.

The Vedvik trade is the third that the Ravens have made this offseason. They traded longtime quarterback and Super Bowl MVP Joe Flacco to the Denver Broncos for a fourth-round pick early in the offseason. More recently, last week, they traded fourth-year guard Alex Lewis to the New York Jets for a fifth-round pick.

That’s a pretty solid haul of extra selections for Eric DeCosta in his first season in the role of General Manager. He is also in-line to land third- and fourth-round compensatory picks for the losses of Za’Darius Smith and John Brown, according to Over the Cap (the loss of C.J. Mosley being cancelled out by the signing of Earl Thomas). So that’s five extra picks between the third and fifth rounds to play with in 2020.

Of course, the Ravens are screwed if something were to happen to Tucker between now and the end of the preseason. They would be wise to sign another kicker to play in these exhibition games so that their All-Pro doesn’t have to.