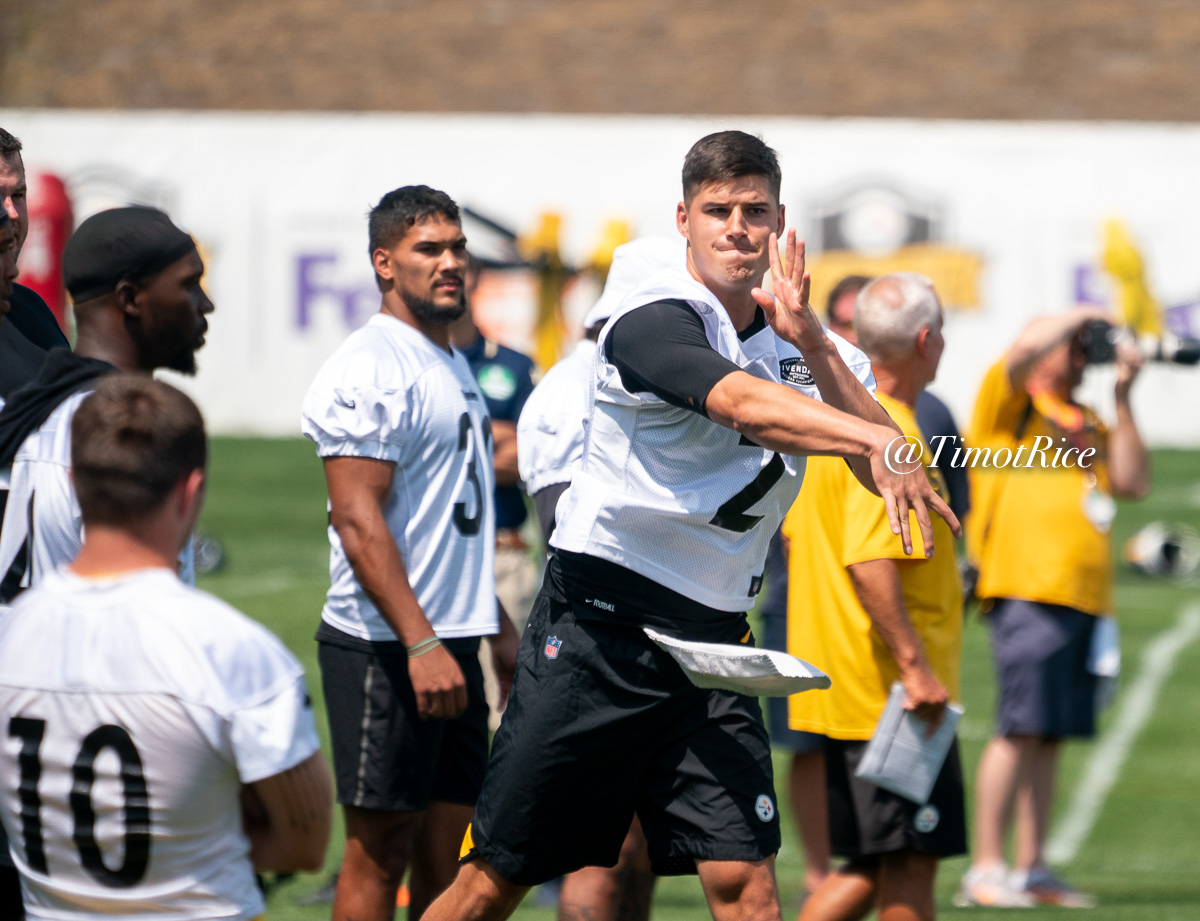 On an organizational level, the Pittsburgh Steelers are looking to see a significant leap forward from second-year quarterback Mason Rudolph this preseason, such that it forces the team to put him behind Ben Roethlisberger as the backup, displacing Joshua Dobbs to the number three role—or possibly even traded.

Even if this is not explicitly stated, it is implied in his draft history. He was a ‘luxury’ pick in the third round a year ago. They had no need to draft a quarterback at that time after having already done so with Dobbs the year before, and with Landry Jones already in place as the proven backup.

They drafted him, even trading up a few spots to do so, because they saw in him the potential to be a starting quarterback. Earning the backup job this year would be a crucial step in affirming that their evaluation of him was correct.

And he is looking to do everything he can to justify that. Via The Fan, he spoke to reporters earlier this week about some of the elements of his game that he has been working on, including putting more velocity on his vertical passes rather than arc, and working with a footwork specialist in the offseason.

“What’s interesting is I haven’t hit as many deep balls this year”, he said. “I think Coach Teryl Austin had done a great job with the DBs and disguising things a lot better and just kind of taking away the deep shot”.

He said that “that’s always been a strong point in my game, so I’m kind of trying to stay sharp in that regard because there really haven’t been that many opportunities to throw it so deep”, adding, “I think I’ve tried to improve velocity when I have a chance to. It’s something I enjoy doing; obviously it’s what every quarterback wants to do”.

Rudolph talked back in the spring about having gone to work with an outside coach to work on different things in his game while players were not allowed to be around the team.

“You have so much time in the offseason, it’s like, ‘why not work with somebody and get a different set of eyes on you’”, he said. “So that’s what I did and I think it’s paid off. Obviously we’ve got Randy [Fichtner] and Matt Symmes who’ve done a great job developing all of the quarterbacks here over the last couple years. Especially for me, a lot of one-on-one help and guidance”.

The second-year quarterback has looked better this year, but has had a bit of and up-and-down training camp so far. He is looking to solidify himself tomorrow in the first preseason game of the year, though he will have to wait: Dobbs was already announced as the starter yesterday.