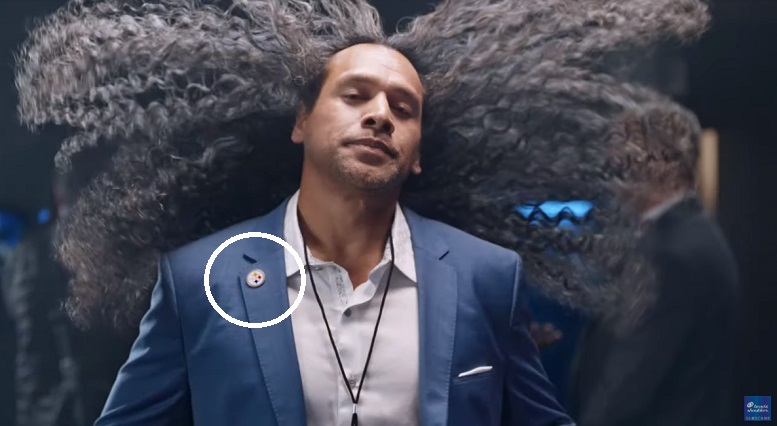 Hold on to your hat and hair for this next bit of news related to former Pittsburgh Steelers safety Troy Polamalu.

People Magazine first released the new commercial in an article and it includes some great quotes from both Polamalu and Mahomes concerning their iconic hair styles.

A deeper examination of the latest commercial reveals that Polamalu is wearing Steelers logo pin on one of his lapels and while that might not seem like a big deal, it kind of is when you consider that it’s believed he hasn’t been happy with the organization for quite some time now due to how he was essentially forced into retirement several years ago.

Could this lapel pin being worn by Polamalu be some sort of olive branch from him to the Steelers organization? Was he forced to wear it? I certainly don’t know the answer to those questions, but regardless, it was encouraging to see him with Steelers logo on him once again just the same.

Polamalu is eligible for the 2020 Pro Football Hall of Fame class and ultimately expected to be a first ballot selection just ahead of Super Bowl LIV.