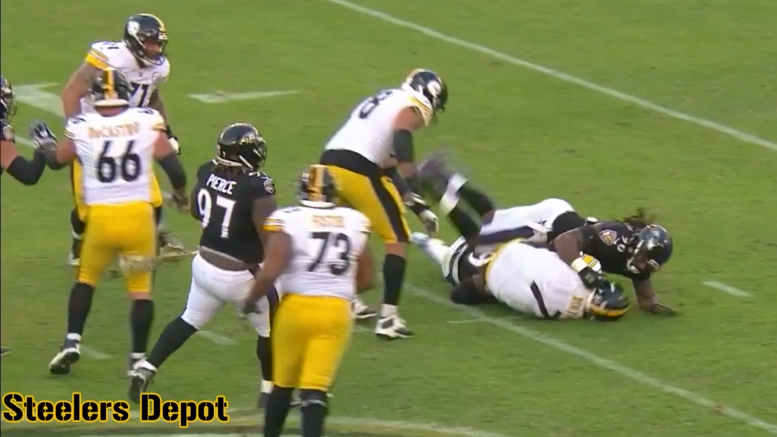 Former Indianapolis Colts quarterback Andrew Luck’s surprise retirement at the age of 29 sent shockwaves through the NFL, and flames through his merchandise that fans had purchased over the years. I’m sure he’s seen those by now, after the fact, but he certainly heard the boos as he walked out of LucasOil Stadium’s field for the last time in a while after the news leaked and the fans knew before he knew they knew.

Luck wasn’t the only Stanford player to go in the first round in 2012, though. The Pittsburgh Steelers got the other one, All-Pro right guard David DeCastro. The two were very close in college, and remain so today. And he was disgusted by the fans’ treatment of his former teammate.

“It’s just sad”, he told Gerry Dulac of the Pittsburgh Post-Gazette when asked about the fact that the crowd booed Luck after they had learned he was retiring. “People treat us like we’re circus animals”.

And in point of fact, many people do. While it’s not the vast majority of fans, there certainly are those who have very little to no care for the players’ actual wellbeing because “they knew what they signed up for” and they make a lot of money doing it.

The first-overall pick of the 2012 NFL Draft, unless he unretires, which is a possibility, he will finish with a 53-33 overall record, completing 2000 of 3290 passes for 23671 yards with 171 touchdowns and 87 interceptions. He started eight playoff games, winning four, throwing for 2254 yards with 12 touchdowns to 13 interceptions. Prior to last season, he had not played in the postseason since 2014. Last year, he threw three touchdowns to one interception over two games.

The main reason he hadn’t been back to the playoffs during that stretch was the same reason that he retired: a seemingly endless, vicious circle of injury followed by rehabilitation. He played through significant injury during the 2016 season, which affected both his performance and his wellbeing, and he said that at that time, he told himself he would never put himself through that again.

“His life…it’s been tough”, DeCastro said of Luck, adding that he had just talked to him recently. “I don’t think people understand how hard it is on the body and mind. When you play the game, you know how hard it is. He did it the right way and was very professional about it”.

Over the course of his career—over the course of the past four seasons, Luck has suffered a sprained shoulder, a lacerated kidney, a torn abdominal muscle, a concussion, a second shoulder injury that required surgery, torn cartilage in his ribs, and finally a mysteriously lingering calf strain that he continues to deal with today.