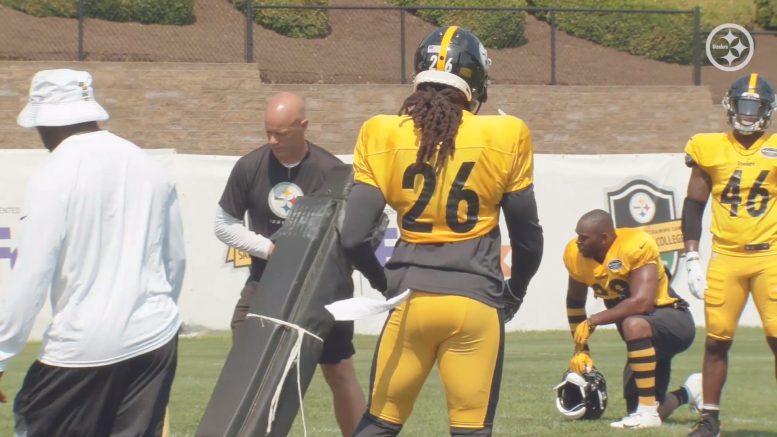 While we know at the time of his signing that Mark Barron was going to have a key role this season—even if it was somewhat diminished following the drafting of Devin Bush—the veteran has made it clear through his offseason work, and especially in the second preseason game, that he is here to play.

He particularly shined in his coverage assignments, highlighted by a wheel route on third down while Patrick Mahomes was still at quarterback at the end of the Chiefs’ opening drive. Coverage was the area that the front office knew they needed to upgrade at the position, and they accomplished that with their offseason acquisitions.

Assuming that all the linebackers are healthy and able to play tonight, it will be interesting to see how the playing time is divided. Vince Williams hasn’t been available in the preseason yet, so he will probably see a good amount of playing time simply to get him the work.

Will Barron be used in nickel and dime packages, with Williams in the ‘base’? Could he potentially see playing time even in situations that one might expect Williams to play, if he proves worthy of it? I’m not sure that the Steelers want to settle on only two players for the inside linebacker position, so we should see all three of them, but it might not necessarily be situationally based.

The most impressive things that he showed in the last game was both how comfortable he looked just being in the defense, even helping others to line up, and how fluid he was, particularly with his footwork, in coverage.

That’s the kind of presence the Steelers need from the position after more or less lacking it last year. They were clearly trying to do things defensively that the inside linebacker position was just not up to in 2018, and with Barron now in the fold, they should have the pieces, along with Bush, to be able to run those schemes successfully.