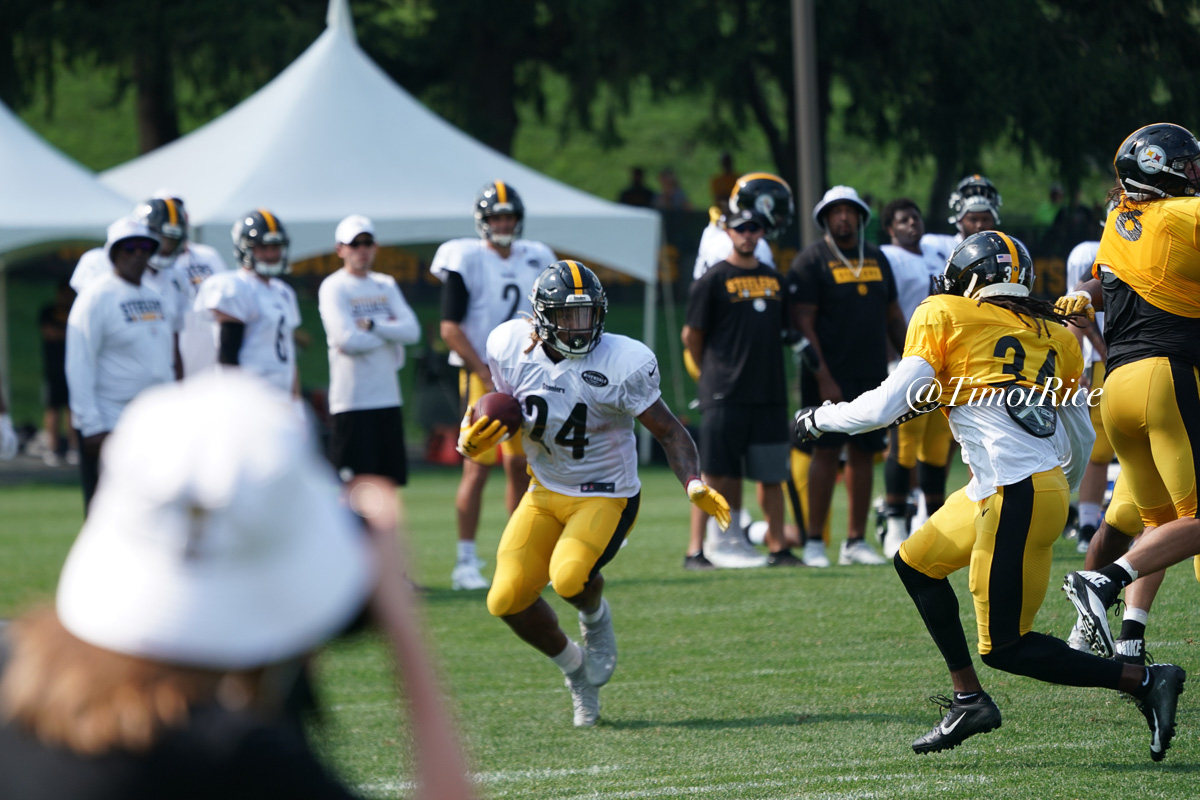 Question: How much ‘Benny Snell football’ can we realistically anticipate seeing during the 2019 season?

By and large, the Steelers’ rookie class has drawn positive reviews so far in training camp, relative to their expectations. Devin Bush looks like a natural. Diontae Johnson is earning time with the ones and showing crisp route-running. Justin Layne is growing, but showed a willingness to get in their in the running back. Zach Gentry is doing some things as a pass catcher. Sutton Smith is coming along slow, but showing versatility, while Ulysees Gilbert III is getting from sideline to sideline, and Derwin Gray has shown up well in drills to boot.

And then there is Benny Snell, Jr., the fourth-round pick who is third on the depth chart at the running back position at running back behind James Conner and Jaylen Samuels. A college workhorse with a great attitude and love of the game, there were some questions about his explosiveness and abilities in the passing game.

He has been providing solid answers to those questions, having been able to win the edge multiple times in the run game, sticking his facemask into the fray in the backs-on-backers drill, and showing some soft hands when he’s had the opportunity to catch some passes.

He has done about everything you could expect him to do prior to a preseason game being played, but nevertheless, how many opportunities he will get in the regular season will all come down to the philosophical approach of the division of labor at the running back position. Mike Tomlin had traditionally valued the workhorse, which would be Conner. Could this intriguing stable buck the pattern? Will we get a weekly dose of Benny Snell football?