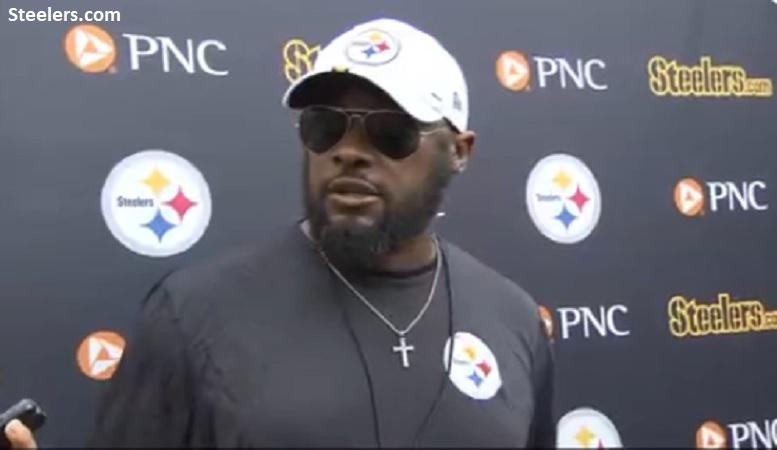 The Pittsburgh Steelers have completed their first training camp practice of 2019 and after the Friday session was over with, head coach Mike Tomlin addressed the media on the field. During his short press conference, Tomlin made it known that the team seemingly came out of Friday’s practice healthy. Additionally, he provided a quick update on outside linebacker T.J. Watt (hamstring), who started training camp off on the team’s Active PUP list.

“Nothing really to speak of from a health standpoint,” Tomlin said. “No real update on T.J. Watt. I guess you can characterize his availability as day-to-day. I’ll give you an update if that changes.”

Watt suffered tightness in his left hamstring after finishing the annual conditioning test on Thursday after arriving earlier in the day for the start of training camp. Watt also missed some training camp practice time and three preseason games last year with a hamstring injury.

With Watt sidelined on Friday, backup outside linebacker Anthony Chickillo reportedly mostly worked with the first-team defense in his place.

So what did Tomlin think about his team’s first training camp practice of 2019?

“We’ve got room for improvement, I thought,” Tomlin said. “I thought we were offsides a little bit on defense. Things that you can control, pre-snap things. I thought the communication was good. We’ll keep working, it’s just the infancy of it from a team development standpoint. The growth and fundamental things that you focus on here.”

While the Steelers won’t have their first padded practice of 2019 until Sunday, Tomlin said the team will be ready for it when it happens. Even so, he said Friday he has no issues with the first two practices being unpadded.

“I’m looking forward to that, but I dont mind this,” Tomlin said. “I think all of this is very necessary and a part of what we’re doing. I’m excited to get back out here and do exactly what we did today again tomorrow We’ll be ready when it’s pad time, but I think thers certain things that come with acclimating ourselves to this environment that makes this very necessary.”

The Steelers will be back practicing on Chuck Noll field on Saturday. It will be the second of their 15 total scheduled practices for this year’s training camp.