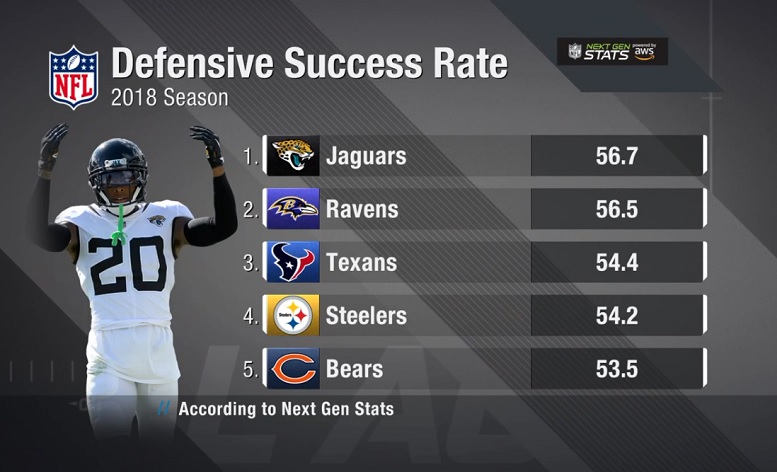 As a whole last season, the Pittsburgh Steelers defense can probably be best described as being average. While the unit did register a league-best 52 total sacks last season, the 15 total takeaways that they registered in 2018 was the third-lowest in the league and a franchise low at that. The Steelers defense did, however, only allow a 5.3 yard per play average last season and only five other defenses had a lower number than that. One last positive statistic concerning the Steelers 2018 defense comes courtesy of Next Gen Stats.

Obviously, the Steelers third and fourth down percentages are easy stats to find and look at and last season those numbers were 63.4% and 45.0% when comes to their defense having success of getting stops. Less readily available, however, are the defensive success rates on first and second downs and so I had to calculate those on my own.

While recalculating all of the stats from last season, I chose to eliminate all plays that included spikes and kneel-downs. I then calculated the defensive success rates for each using the criteria that Next Gen Stats used and it produced sightly different overall rankings.

As you can see in the table of data below, my recalculations result in the Baltimore Ravens having a slightly better overall success rate than the Jacksonville Jaguars. The Houston Texans remained third and they were followed again by the Steelers and the Chicago Bears.

When you look at the ranks of the team defenses by downs, you can see that the Steelers had top 5 success rates on first and second downs. Had the unit done a little better on third and fourth downs, they could have potentially been a top 2 defense in regard to success rates.

While success rates are fine, they are no way to rank an overall defense. Adjusted net yards per passing attempt stats give a much better reflection of a passing defense while adjusted run success rates easily paint a nice picture when it comes to defending against the ground game. 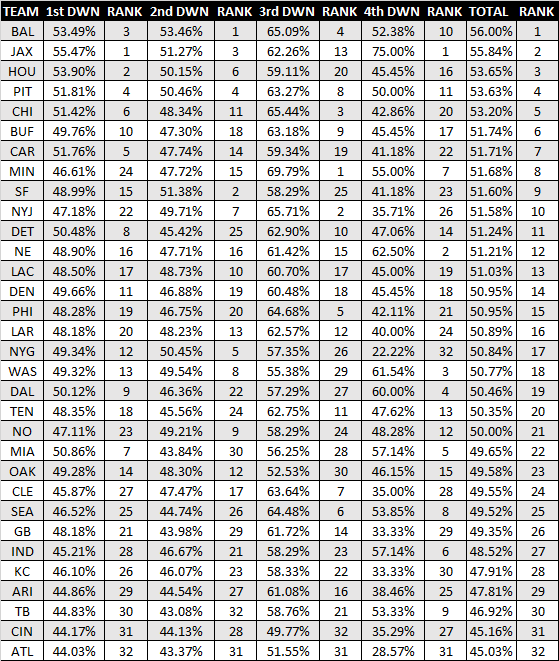