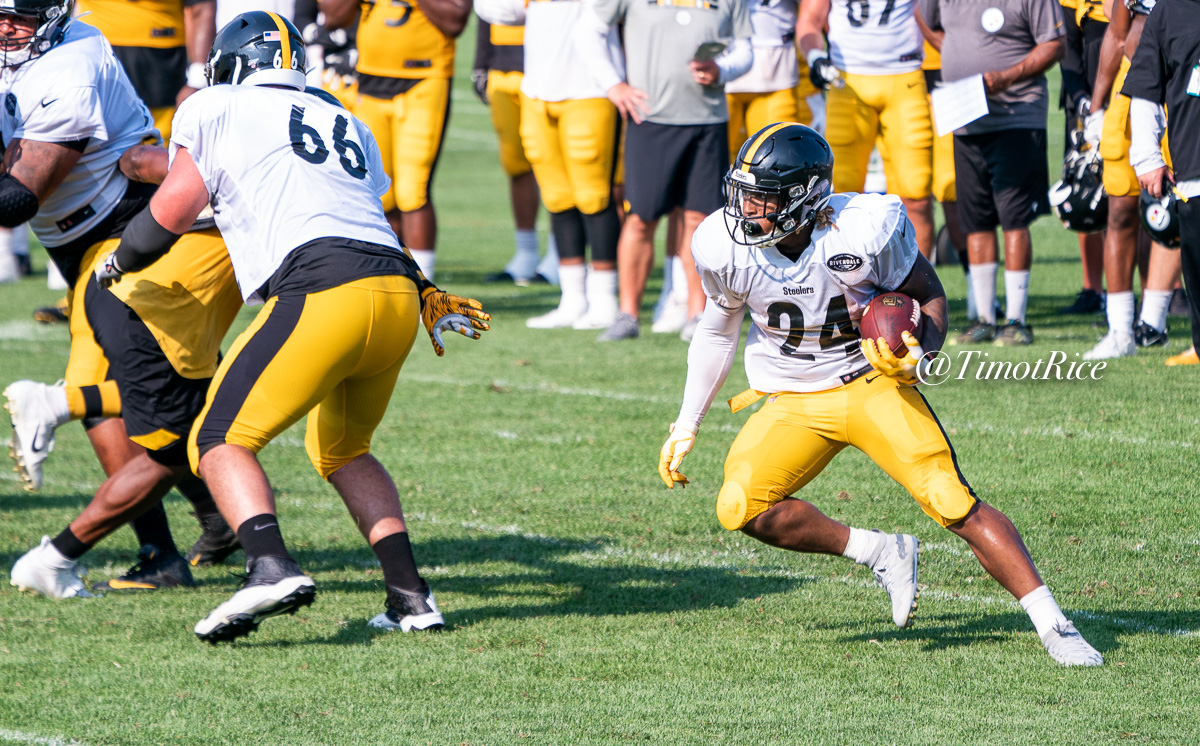 There is nothing that pains Pittsburgh Steelers Head Coach Mike Tomlin more than being put in a position in which he is asked to pay a compliment to a rookie, particularly a rookie draft pick. So far through the first three days of training camp, he has used some variety of the phrase “he did not stand out negatively” to describe the majority of the team’s early draft picks when asked about them.

That includes fourth-round running back Benny Snell, Jr., who by most other accounts acquitted himself well during the backs-on-backers drill that helped introduce padded practice back to Latrobe for the 2019 edition of training camp.

Tomlin, who administers the drill personally and relishes the opportunity to hand-pick his matches, sent Snell out for the first rep of the drill, and concluded it with three more consecutive reps. Those observing, including or own Alex Kozora, came away with the impression that the Kentucky product more than held his own.

When his head coach was asked about it following practice yesterday, he merely offered that he’ll “look at the tape” to evaluate it. “When you’re the young running back, you’re gonna get called out a lot out there”, he said, indicating, rightly, that he put Jaylen Samuels and James Conner through a similar ‘initiation’ workload in each of the past two seasons when they were rookies.

“He was just the back this year. I don’t want to read too much into that”.

That is merely a comment upon his usage, however, and not on his performance, which came across as positive. Perhaps after the team’s next practice, if asked again, Tomlin will have gotten the opportunity to “look at the tape” and have come away with a more thorough evaluation of how his rookie back performed in executing the “Benny Snell football” he has been talking about (in the third person) since he was drafted.

While he hasn’t broken off any particularly long runs to date (which was never his game even in college), Snell also appears to have shown well overall during team drills, even demonstrating some soft hands a time or two in the passing game.

Regardless of how much he flashes during the preseason, however, it still appears rather likely that the rookie will start out the season no better than third on the depth chart, behind the starter Conner, who went to the Pro Bowl last season with 13 touchdowns, and Samuels, a second-year player who gained opportunities late in the season and showed the potential to be a dual threat, with the best receiving skills out of the position group.