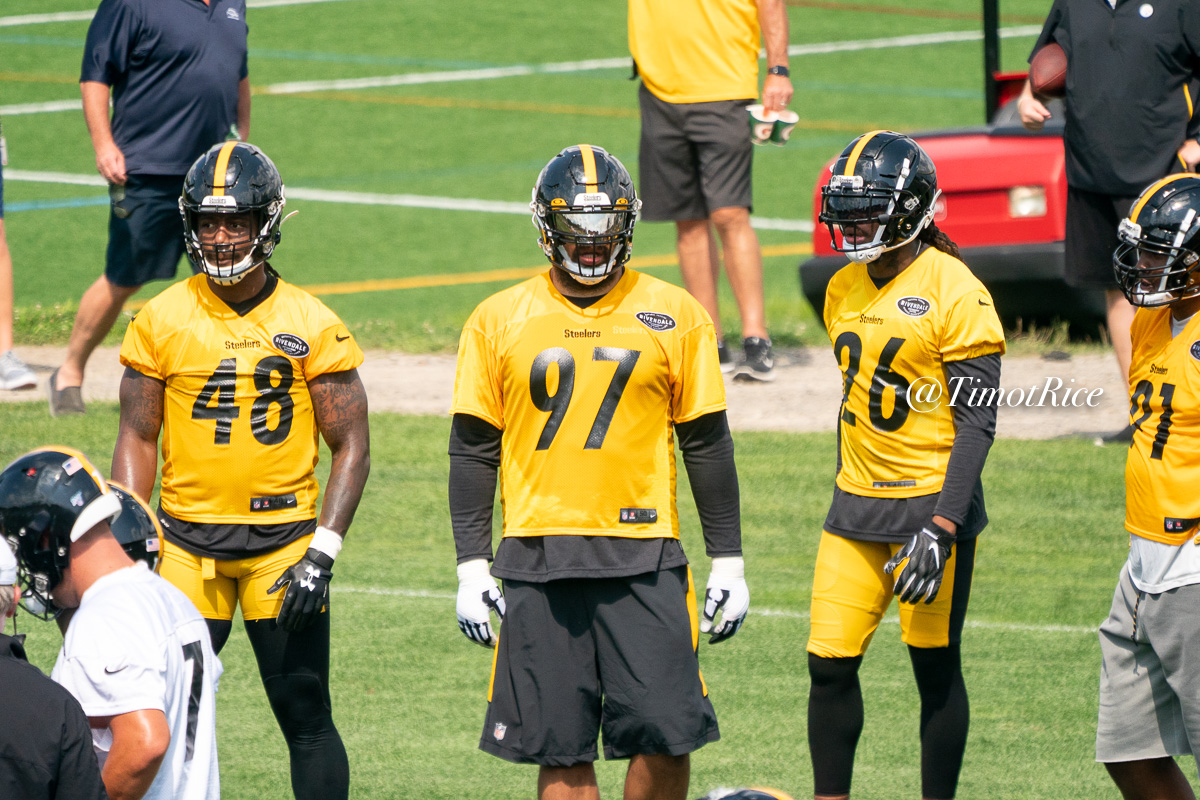 The Pittsburgh Steelers didn’t know what kind of odds they would have of being able to be in a position to draft Devin Bush when they agreed to a two-year contract with inside linebacker Mark Barron during the height of the free agency period back in March.

They couldn’t afford to roll the dice again after an underwhelming season at the position, led primarily by 2018 free agent signing Jon Bostic, who would be released immediately following the draft that brought Bush into the fold.

So while they still have Vince Williams as well, meaning that’s it’s not clear at all if their $6 million-a-year free agent will even be in the starting lineup, they’re certainly not about to complain about the abundance.

Especially since they know all of them are going to play. The three of them have been heavily rotating in and out with the first-team defense all offseason so far, a process that has traveled with them to Latrobe, as evidence by the team’s first training camp practice yesterday.

Even if he doesn’t start, however, Barron did suggest, according to Jacob Klinger of PennLive, that there is a role for him. the beat writer wrote following yesterday’s practice that the linebacker told him he will be “the only one of the three who will stay on the field in dime packages”.

That would not be too surprising if it were to work out that way, though we all know, of course, that plans can change, or rather evolve, as things move forward. Last season, L.J. Fort developed into the dime linebacker with both Bostic and Williams coming off the field. That is a role the team never had before, and was birthed out of necessity.

Still, one can imagine that Bush could also be used in that dime linebacker role (not to be confused with dimebacker), as he was drafted largely due to his excellent athleticism for the position and his ability to play in coverage. He even showed a bit of that to open training camp yesterday.

Figuring out how to use the three linebackers when and where figures to be one of the most interesting stories to follow throughout training camp and the preseason, and is likely even one that will continue to adapt throughout the course of the regular season.

For now, the coaching staff is still getting to know the new faces in Barron and Bush, even though the former is a veteran against whom they have played and coached before. the more they get to know what they can ask these men to do, the better a sense they can get of what roles to envision for them.