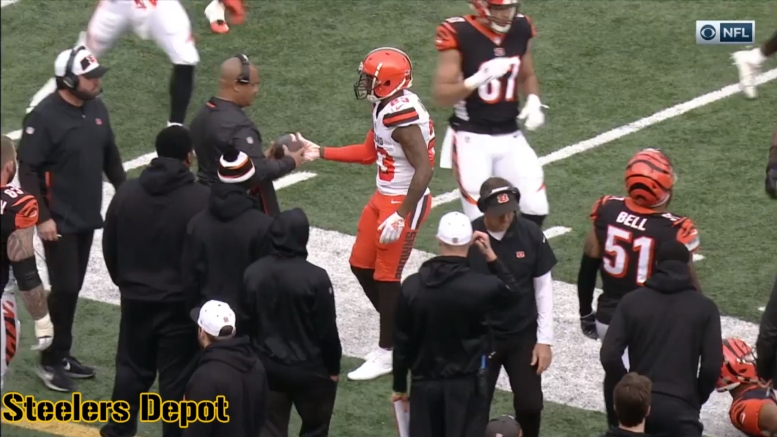 The Cleveland Browns took a risk by trading for Damarious Randall, who had spent his time playing cornerback at the professional level, and moving him to safety. Now he is the only safety with much experience in their system after trading Jabrill Peppers. And in his second season, new defensive coordinator Steve Wilks plans to get more creative with him.

Randall, who did primarily play safety during his college career, is a player that the Browns feel can do anything asked of him in the secondary. There was even a game back in Week Seven of the season where he played cornerback for almost all of the game due to an injury to a starter.

According to Jake Burns of Cleveland.com, the Browns expect to get the safety moving around a lot more than he did last year, in his first season with the team, where he primarily stayed in the deep safety position, where he had arguably the best season of his career.

But he is capable of doing a lot more than that, and is reportedly excited about getting down in the box more in 2019. Tackling is one of his strongest assets, and Cleveland wants to make more use of that this year.

Who will start alongside of him? Presumably, it would be Morgan Burnett, the former Steelers safety who actually played with Randall in the Green Bay Packers’ secondary for three years prior to that. The Steelers released him a couple of months ago, and the Browns took advantage after they traded Peppers to the New York Giants as part of the trade that brought in wide receiver Odell Beckham, Jr.

Of course, the starting cornerbacks that they intend to put in front of them are Denzel Ward and Greedy Williams. Ward, the fourth-overall pick a year ago, was a Pro Bowler as a rookie. Williams is a cornerback that the team had a first-round grade on. They covet his man-coverage skills, but recognize the great need to improve his tackling. Which is another reason to get Randall in the box more.

Of course, Cleveland hopes that the defensive line will be able to take care of a lot more of the tackling on its own this year with the introduction of Olivier Vernon and Sheldon Richardson into the lineup, both of them veterans of some repute. They will pair with a couple of homegrown studs in Myles Garrett and Larry Ogunjobi, whom more people will probably know after this season as the Browns get more attention. And the expectation is that the cornerbacks can do much of the rest of the work with their man coverage skills.