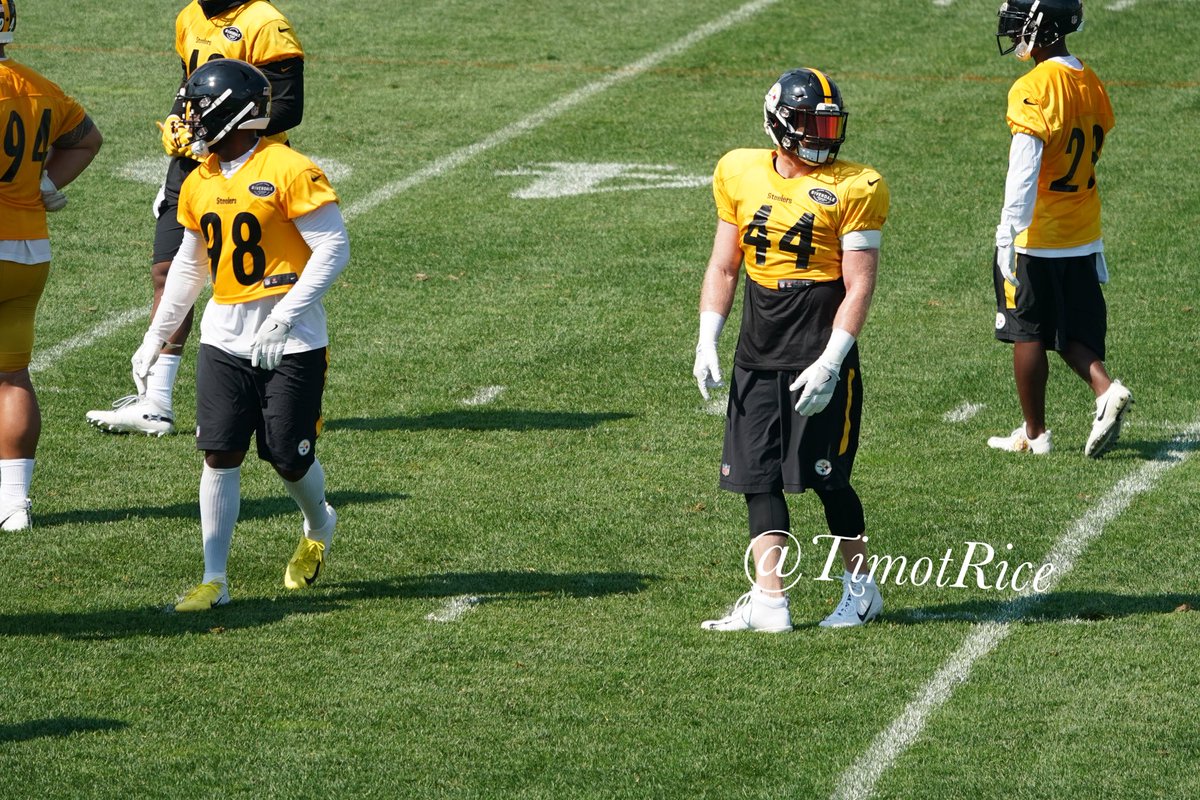 Did you feel that you were lacking coverage of Tyler Matakevich lately? I hope you were, because if so, then I have the antidote for you. The fourth-year inside linebacker, who has cut his teeth so far almost entirely on special teams, may seem resigned to the reality that it’s unlikely he’ll see much of any time on defense any time soon, but according to observers of the team’s spring practices, that hasn’t stopped him from putting his best foot forward. Or his best hands.

Brian Batko had an article on him a little over a week ago that I talked about a bit in minor detail. What I left out was the observation of his playing through OTAs and mandatory minicamp.

So why is a linebacker who recorded a high volume of tackles and produced turnovers—he also had four forced fumbles—not being given the chance to make much headroom on the defensive side of the ball? Well, the college game simply differs from the NFL in too many ways in order for a player of his physical assets to be able to transfer easily against this level of skill.

That’s why the Steelers brought in not one, not two, but three linebackers during this offseason, all of whom are a significant upgrade in the athleticism column to Matakevich. That started with Mark Barron as a free agent addition, and all you need to know about him in this regard is that he spent his first several years in the league as a safety.

Even with Barron in-house, Pittsburgh moved up aggressively in the draft to get the very athletic Devin Bush out of Michigan with the 10th-overall selection, a player who can easily be seen as a day-one starter, or at least contributor. To him, they added Ulysees Gilbert III out of Akron in the sixth round, another very athletic linebacker.

Where does that leave Matakevich? On special teams, of course, where he has made a name for himself. Make no mistake, he is an above average player for the team in that phase of the game and earns his roster spot in that manner.

But as a competitor, I’m sure that he’s always going to see himself as a linebacker, just waiting for his number to be called. And Mike Tomlin makes sure to call his number during practices, as Batko wrote, even calling out plays to make sure the play goes Matakevich’s way, and letting him know it’s up to him to make the stop.

And to his credit, he has made the plays this spring. That included some pass deflections as well, one of which was converted into an interception by Mike Hilton. It’s hard to envision a scenario in which he sees the field on defense this season, at least without disastrous circumstances; but nevertheless, it’s great to see the sort of passion that still remains within him for what he does.