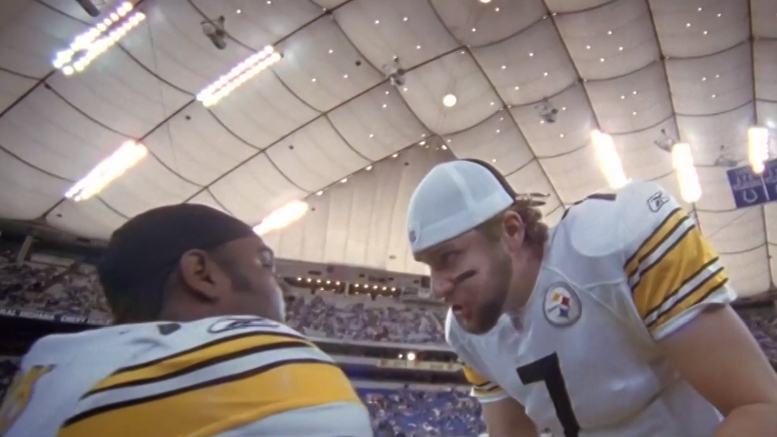 Who is Pittsburgh Steelers quarterback Ben Roethlisberger as a person? As a player? As a leader? A lot of people who have never played with him or at least have hardly known him have spent a lot of time trying to answer one or more of these questions this offseason. Of course, some high-profile people who did spend a lot of time with him had pretty definitively negative answers, which is what drove so much of that discussion.

The question that seemed to bother Roethlisberger most was the doubt of his leadership, based on the sparse comments that he has made when given media availability so far this offseason. And many of his current teammates have had his back.

One of his former teammates and best friends, former left tackle Max Starks, recently shared his own thoughts on the topic as well during a segment for the NFL Network. “I wasn’t in the locker room the last six years, so I can’t speak on that, but my first nine years, he was definitely a guy—we all grew up together. We had fun”, he said.

“But I think the biggest thing is that, when you are a leader—some people are vocal leaders, some guys are physical leader. I’ve always known him to be a physical leader”, Starks went on. “When he gets on the field, he’s giving you every ounce that he has, and that’s what I want to see in a quarterback”.

Roethlisberger and Starks were both drafted by the Steelers in 2004. They won two Super Bowls together in 2005 and 2008. They reached a third in 2010, but Starks was on injured reserve by then, and they lost.

During that time, Starks certainly watched his draft classmate take a beating and keep on ticking. He watched Haloti Ngata break his nose and just keep on going. Ngata, having recently retired, recalled that as his favorite play in his career, even though it was an illegal even if unintentional play.

“Forget everything else; I want to see how you are on the field”, Starks continued on about Roethlisberger. “He’s gonna give you everything, come back from an ankle injury, come back from a punctured rib, a broken nose, all those things are what I want to see in a quarterback. I think he’s always displayed that, and that’s what makes him such an elite-level guy. He’s a guy, I’d go to war with him for nine years on the field, and we had a lot of fun and success. I think that’s only going to continue”.

One thing that Roethlisberger has always done is have the backs of his close friends on the team, Starks being one of them. When Starks was not retained for the start of the 2011 season, Roethlisberger sported his jersey around. The lineman would eventually be re-signed—after he was healthy, and out of need—four games into the year. The quarterback has done similar things for other players from Jerome Bettis to Heath Miller spanning the length of his career.