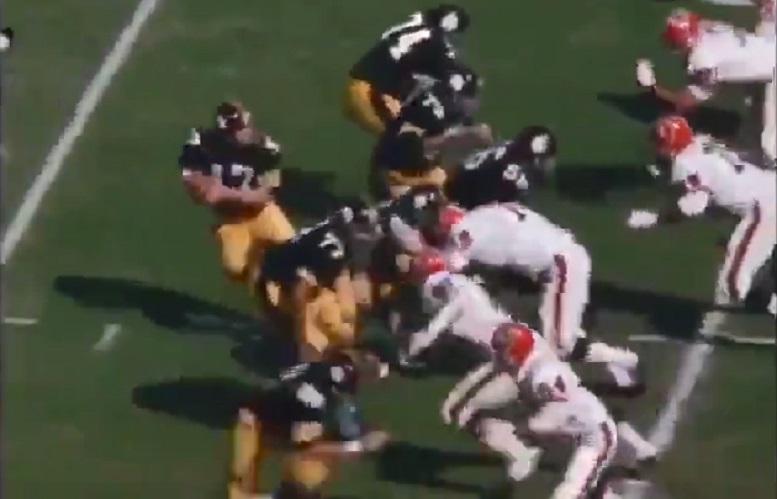 Before late Steelers head coach Chuck Noll had quarterbacks Terry Bradshaw and Joe Gilliam in Pittsburgh, he had Dick Shiner, a Lebanon, Pennsylvania product who had played his college football at Maryland. In fact, a lot of fans might not know that Shiner was the Steelers starting quarterback the first game that Noll coached for Pittsburgh and he started most of the games during that 1969 season as well.

Shiner, who was originally drafted in the seventh-round of the 1964 NFL Draft by the Washington Redskins, was also selected that same year in the 20th round of the 1964 AFL Draft by the New York Jets. After only attempting 71 passes and starting once in his first three seasons with the Redskins as a backup to future Hall of Fame quarterback Sonny Jurgensen, Shiner was traded along with a 1968 third-round pick to the Cleveland Browns in exchange for quarterback Jim Ninowski in August of 1967.

In his one season with the Browns, Shiner again barely saw the field on offense as he finished the season having completed just 3 of 9 total attempts for 34 yards and a touchdown. In May of 1968, Shiner was traded to the Steelers as part of a five player deal that included Pittsburgh sending quarterback Bill Nelsen and defensive back Jim Bradshaw to Cleveland in exchange for their new quarterback, tackle Frank Parker and a 1969 draft pick.

Shiner initially served as the backup to quarterback Kent Nix during his first season in Pittsburgh but took over as the starter for good after the Steelers got off to an 0-3 start. Shiner finished the 1968 season having completed 148 of 304 pass attempts for 1,856 yards with 18 touchdowns and 17 interceptions. The Steelers, however, still only managed to go 2-8-1 in the 11 games that Shiner started during the 1968 season.

Shiner’s best game during the 1968 season came in Week 8 and on the road against the Atlanta Falcons. In that contest, Shiner completed 15 of his 19 total pass attempts for 207 and 3 touchdowns, all of which went to wide receiver Roy Jefferson, who ended the game with 11 receptions for 199 yards and 4 touchdowns in 41-21 Pittsburgh win. You can see highlights of that game below.

After the 1968 season, Steelers head coach Bill Austin was fired and Noll was hired to be his replacement. While the Steelers did ultimately draft quarterback Terry Hanratty out of Notre Dame in the second-round that year, Noll stuck with Shiner as his starter to open the season. In the Steelers first game of the 1969 regular season against the Detroit Lions, Shiner completed just 10 of his 26 total pass attempts for 143 yards and an interception. The Steelers, however, still beat the Lions 16-13 at Pitt Stadium and it would be the team’s only win that season. You can see some highlights from that game below and here is the boxscore of that game and the game recap that was printed in the Pittsburgh Post-Gazette the following day.

While Shiner did start 9 games during the 1969 season, Hanratty started 5 and the former ended the season having completed 97 of his 209 total pass attempts for 1,422 yards with 7 touchdowns and 10 interceptions.

After the Steelers 1969 season ended, Shiner was ultimately traded to the New York Giants in April of 1970 in exchange for running back John Fuqua and linebacker Henry Davis. However, the trading of Shiner didn’t happen until a few months after the Steelers had selected Bradshaw No. 1 overall in the 1970 NFL Draft. They had that selection due to them finishing last in the NFL in 1969 and Shiner was partially to blame for that.

Shiner went on to play four more seasons in the NFL with the Giants, Falcons and New England Patriots. For his career, he was 354-of-736 passing for 4,801 yards with 36 touchdowns and 43 interceptions. he was 7-21-1 in his 29 career starts and will always be recognized as the first starting quarterback of Noll’s head coaching career.